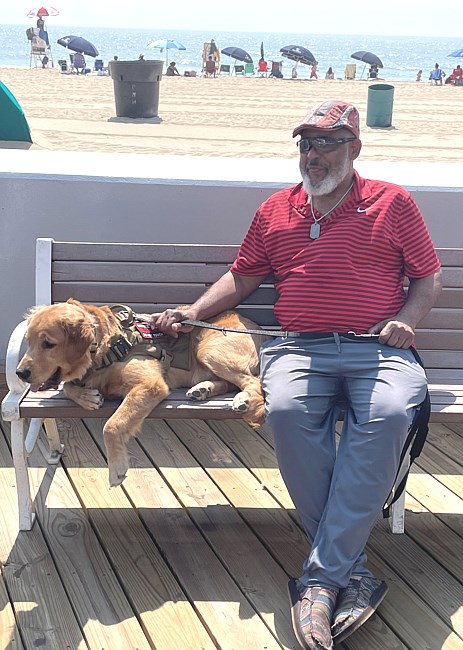 Michael Anthony Johnson, age 65, passed away unexpectedly on September 23, 2022. He was a bright star in this often difficult world and will be missed by many friends and family. Michael was born in Washington, DC on January 11, 1957. In 1978, Michael joined the DC National Guard before enlisting in the US Army. During his four years of active duty service, Michael’s military occupation was infantryman. He also took on leadership opportunities in several other specialty areas. He graduated from Airborne School at Fort Benning, GA. While assigned to the 82nd Airborne Corps at Fort Bragg, NC, he earned the designation of jumpmaster and served as coach of the Adjutant General/Finance Company Cross Country Team. An outstanding distance runner, Michael joined the elite US Army “Run For Your Life” 300 Mile Club. While at Fort Bragg, he also completed Counter Sniper and Emergency Medical Technician certifications. In 1982, he was assigned to the Army’s ceremonial “Old Guard” at Fort Myers, VA, where he served as a team leader. While in the Old Guard, he was awarded a special citation and an Army Certificate of Achievement. His additional military awards include a Good Conduct Ribbon, Army Service Ribbon, Noncommissioned Officer Development Ribbon, and Expert Marksmanship Badge with the M-16. Michael was a man of many talents and ambitions. He enjoyed cooking, swimming, running, biking, art and had an undeniable love for music . He excelled at anything he set his mind to do, regardless of what stood in his way. Michael’s love for music pushed him to start Rock The Mike Entertainment, offering professional event entertainment. He was known for dressing in a cowboy hat which coined him the name “DJ Cowboy”. After rocking the crowd for more than 20 years, he retired as a DJ and enjoyed participating in ceramic classes and spending time with his dog and best friend Major. Michael created a connection with anyone he came into contact with. He had a genuinely captivating and affectionate personality that is rarely found today. Many will remember Michael grilling and anxiously waiting for someone’s first bite of his creation. He had no idea how big of a star he truly was and how he could make any room come alive. Gifting his beautiful works of art to his friends and loved ones gave him much joy. We will keep forever the vision of Michael and his dog Major, who never left his side. He also leaves the legacy of an entrepreneur at heart, who was never afraid to try something new. Michael is survived by his mother Shirley; wife Rita; siblings Angelita, Shirtlitta and Isaac; and his children. His loved ones will remember his pure heart and infinite love. A celebration of life memorial service for Michael will be held Sunday, October 9, 2022 at 10:30 AM at Hines-Rinaldi Funeral Home, 11800 New Hampshire Ave, Silver Spring, Maryland 20904. Following the celebration of life memorial service will be a committal service at 12:00 PM at George Washington Cemetery, 9500 Riggs Road, Adelphi, Maryland 20783.
VOIR PLUS VOIR MOINS