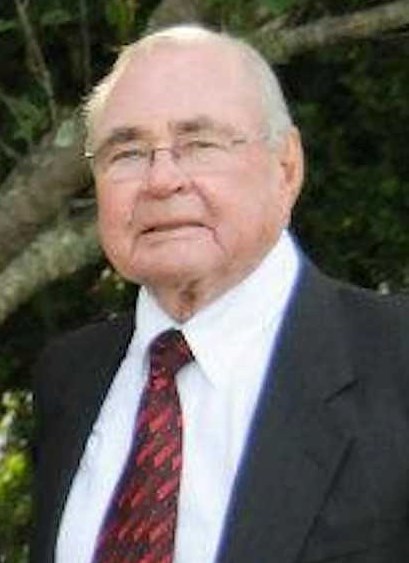 Ronald “Ron” S. Hagerman, Jr., age 97, of Somerset, passed away Thursday, August 4, 2022, at Charlton Memorial Hospital. He was the husband of Martha E. (McPherran) Hagerman, with whom he had celebrated 74 years of marriage in April. Born in Banning, Pennsylvania, a son of the late Ronald S. Hagerman, Sr., and Catherine (Pore) Hagerman, he had lived in Somerset since 1962. Ron was a United States Navy Veteran who served during WWII. A proud member of the “Seabees”, or Naval Construction Battalion, he saw action in both European and Pacific theaters. The motto of the Seabees is “Can Do” and Ron lived that attitude for the rest of his life. After earning a bachelor’s degree from Akron University, where he was a member of the Lonestar Fraternity, Ron found a career as an industrial engineer working at Firestone in Akron, Ohio and Fall River for many years. When the Firestone plant in Fall River closed in 1971, Ron changed career paths from rubber to fine jewelry. He joined Benrus Wells, famous for developing military grade watches worn by Navy Seals. Later, he was employed by A&Z Chain out of Providence, RI and retired in 1990. In his retirement, Ron and Martha became “snowbirds” and looked forward to wintering in Florida. He was an avid golfer and fisherman and loved to share his hobbies with his family. Ron was a longtime member of the American Legion, VFW and the Somerset Yacht Club. He could often be found at the Yacht Club teaching his grandchildren how to sail, and fish off the docks. When he could no longer get out on the water, Ron and Martha would often grab a bite to eat and just sit at the club, watching the water. In addition to his wife Martha, survivors include: four children, Priscilla E. Hagerman and her husband Gerald of Florida, Ronald S. Hagerman III of Dartmouth, Richard B. Hagerman and his wife Patricia of Marshfield Hills and David T. Hagerman and his wife Donna of Scituate; three grandchildren: Katia Greene and her husband Matthew of Bridgewater, Michael Hagerman of Dartmouth and Kristina Hagerman of Scituate; four great-grandchildren: Eli, Olivia, Elsie, and Mabel; and many nieces and nephews. He is predeceased by his grandson, Peter Hagerman, his daughter-in-law, Annelle (DeLorme) Hagerman, his brother Millard Hagerman and sister Betty L. Colland. His funeral service will be held Tuesday, August 9, 2022 at 11 AM in the Church of our Saviour, 2112 County St., Somerset. Burial will follow in Nathan Slade Cemetery, Somerset. Visiting Hours Tuesday from 8:45 to 10:15 AM in the Waring-Sullivan Home at Rose E. Sullivan, 866 County St., Somerset. In lieu of flowers, memorial contributions in his honor may be made to the Annelle DeLorme-Hagerman Food Pantry c/o Church of Our Savior, 2112 County St., Somerset, MA 02726. For tributes/directions, www.waring-sullivan.com
VOIR PLUS VOIR MOINS