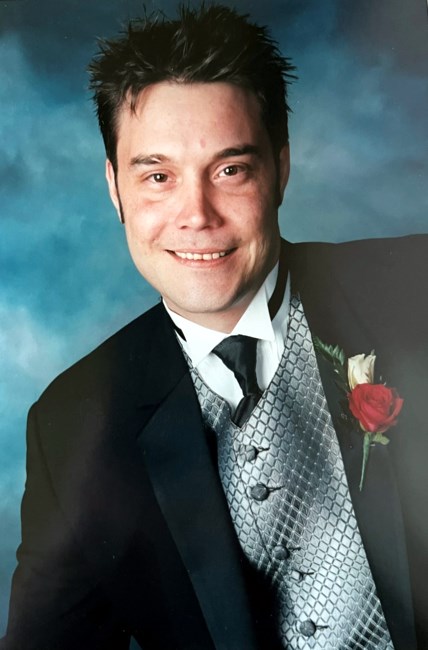 Michael James DoBosh, Jr. was born on the 19th of July, 1969, to parents Cheryl Fischer DoBosh and Michael James DoBosh, Sr. He is survived by his loving wife, Angel Barnette DoBosh; his son, Michael James DoBosh III; his daughter, Aryana Dawn Baker; his son-in-law, Terrell Pompey; his grandson, Legend Jamaal Pompey; his brother, Jonathon George Dobosh and his lovely wife, Deana; his mother, Cheryl DoBosh; his nephews, Nikoli and Aleksei Dobosh, Dakota Yow, and Michael and Caleb Long; his nieces Charly and Katerina Dobosh, Myah Spicer, and Lexi Long; his best friend, Savage; as well as his family-in-love, Wanda and Tony Clark, Joseph and Lisa Barnette, Christie and Cameron Yow, and Brittany and Bruce Long and Eric Murdaugh: also his brothers from Delta Tau Delta. Michael graduated from DePauw in Green Castle, Indiana where he played Wide Receiver and Tight End. His love of sports and his memory for stats was unmatched. He moved to London to become a trader at the London International Financial Futures and Options Exchange. Was a staple in the Southport Restaurant scene and although he preferred the term “cook”, he was a sought after chef. He worked at Horizons on BHI prior to his illness. Michael loved his family and friends fiercely. Once you were in his circle, he was devoted to you. He passed peacefully in the arms of his wife and daughter on July 27, 2022. A celebration of his life will be held from 1:00 Pm to 3:00 PM on Friday August 26, 2022 at he Pup of Southport 1513 North Howe Street, Suite 10, Southport. The family wishes to extend their heartfelt appreciation for all of the friends and loved ones that have helped Michael along this journey. Peacock-Newnam & White Funeral and Cremation Service 1411 N Howe St. Southport, NC 28461 (910) 457-6944
VOIR PLUS VOIR MOINS

A Celebration of his life