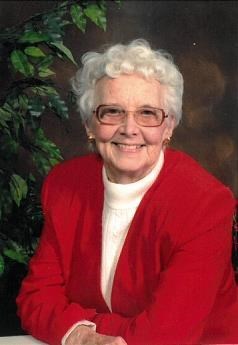 In Greenfield Park, Mary Evelyn Diamond passed away peacefully at home on January 6th, 2021. She was born in her family’s home on Douglas Street in Charlottetown, Prince Edward Island on November 30th, 1926. She was the daughter of Robert J. Diamond of Winsloe and Jennie Diamond née Walsh of Pleasant Grove, PEI. Evelyn attended Rochford Square School, Prince of Wales College and the Charlottetown Hospital School of Nursing where she graduated as an RN in 1947. She worked in many hospitals across Canada including Charlottetown, Pembroke (Pembroke General Hospital), Ottawa, Brockville, Toronto (Sunnybrook Hospital), London and Nanaimo. She enlisted in the Canadian Army in February 1958, worked in Kingston, Fort Churchill then Rivers, Manitoba, where she met her future husband Maj. Normand Théroux of Crabtree, Québec. It was while they lived in Rivers that they had their two daughters Suzanne and Michèle. They moved to Loretteville (Québec), to Werl, Germany, to Valcartier (Québec) then Greenfield Park. Evelyn worked at the Greenfield Park Hospital for the chronically ill (Centre Hospitalier Rive-Sud) from 1972 to 1991. After she retired, Evelyn enjoyed her home life, working her vegetable garden, continuing her charity work and enjoying the many social events offered by her church and others, the Legion, and various clubs in Greenfield Park. She volunteered for HOPE (Helping Other People Effectively) till 2016 while volunteering in other outreach programs including 5 years with Meals on Wheels. She was president of the Greenfield Park Seniors Committee for 10 years, president of the Jubilee Club twice, treasurer of Block Parent Program for 10 years, and treasurer of the 50+ Club. Since moving to Greenfield Park, she was a member of St. Mary’s Parish where she took part in the church rummage sales and pot lucks, at a time was president of the St. Mary’s Women’s Club, and was a minister of communion serving communion to the sick, the shut-ins and the less fortunate. Member of the Senior’s Group, the Prayer Group and of the Cursillo movement, she was installed as a member of the Diocesan Order of Merit of St. Jean-Longueuil on June 8th, 2018. Evelyn loved a good deal and putting her name in draws which she won surprisingly often. She was a voracious reader and never missed reading her daily newspaper. Except in winter, she bicycled around town to run her errands till she sadly could no longer by the end of summer 2017. She had firm beliefs in politics and religion which she enjoyed sharing with her friends and family. Evelyn was a strong and independent woman, especially after her husband’s death in 1976. Evelyn is predeceased by her husband Maj. Normand Théroux, and her sister Emma McGaugh of Charlottetown. She leaves her sisters Anna MacRae of Charlottetown and Edna Diamond of Ottawa, and her many nieces and nephews, and relatives. Evelyn is survived by her daughters Suzanne (Richard) and Michèle, and her two very special grandsons Patrick and Alan Marsh. Funeral arrangements were entrusted to Collins Clarke MacGillivray White Funeral Homes, Saint-Lambert (Québec). A funeral mass at Saint-Mary's Parish (125 Rue Grove, Greenfield Park) will be held on Tuesday, November 30th, 2021 at 1 p.m. Internment of her ashes will take place at People’s Catholic Cemetery, Charlottetown, Prince Edward Island. If you wish to make a donation in Evelyn’s memory, please consider the Canadian Cancer Society or the charity of your choice.
VOIR PLUS VOIR MOINS