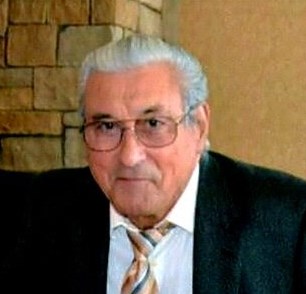 Mario Basciano passed away in his home on May 11, 2022 at 84 years old. Mario was born in Trapani, Sicily on May 13, 1937 to parents Giovanni and Angela Basciano. Mario emigrated to the US through Ellis Island with his family when he was only 12 years old and later met his wife Constance in Brooklyn. They then settled in Staten Island and had two sons; John (deceased), Robert and daughter in law Lori. Mario created and ran a successful business Basciano Upholstery that was passed down to his son Robert. Mario was the loving grandfather of two grandchildren, Robert Louis and Victoria. Mario still had family in Italy, and was thankful to have been able to visit return and visit them in his lifetime. Mario enjoyed riding his motorcycle, trips to Atlantic City, and the many dogs he and Connie had during their life together. Mario was a long time member of the Rolling Thunder and Staten Island Harley Riders motorcycle group and cherished the friendships he made there as well as participating in events like March of Dimes Bikers for Babies and many trips to Lake George.
VOIR PLUS VOIR MOINS