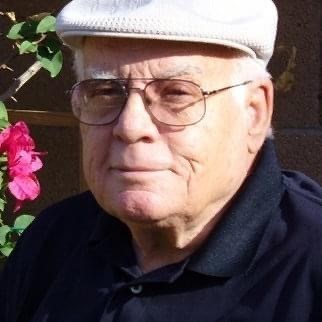 Donald Lorenz Fouts’ accomplishments were vast and his life was full. He traveled, adventured, and always got the job done. However, what made him extra special was not only all the wonderful things he did, it was the amazing person that he was.

Don was a great man, his greatness didn’t come from riches or wealth, his greatness came from his humanity, empathy and compassion, his high standards of integrity, his voice for the voiceless, his strong character, his selflessness, his commitment to a greater good. He was his own person, an extraordinary man among men. He was a FORCE, a force for good, a force in his convictions, a force that touched the lives of others. He loved deeply and was beloved by many.

Don was born on December 28th, 1930 along with his twin brother David Eugene. The twins were born at Good Samaritan Hospital in Phoenix, Arizona to their Father Lorenz Monroe Fouts and Mother Kathryn Williams. He had an older sister, Dorothy Maxine Fouts born Dec. 17th, 1927.

He was immensely proud of the fact he was an Arizona Native, born when Phoenix was only 30,000 people. He went to Roosevelt grammar school until the 7th grade, then he and David attended San Marcus Military Academy in San Marcus, Texas for a year. The family moved to Pacific Beach, California and he attended 9th and 10th grade there. The family moved back to Phoenix, where he graduated from Phoenix Union High School in 1949.

He joined the Navy on January 18th, 1951. He served aboard the James E. Kyes Destroyer. During the year of 1951 he and brother David served together on the Kyes. Their mother and father had to sign approval papers for them to be on the same ship together. He was honorably discharged on December 17th 1954. His time in the Navy was during the Korean War, he worked his way up the ranks to an MM2, and was honored with 5 medals. He was proud to be a Veteran and to serve his country.

After being discharged from the Navy he returned to Phoenix and two days later started to work for the Mountain Bell telephone company. His job began on the line crew putting up telephone poles throughout the state of Arizona. It was hard work, but he was a hardworking man; there was no job too hard or too big for him. He then grew within the phone company, from home installation to leading major programs of installations for the City of Phoenix. He was a problem solver, a trouble shooter, a capable man who had a great mind. He was very proud of the work that he did while at the phone company and he never wavered from his commitment to do the job right.

On December 1st, 1977 he married the love of his life Joanne (Jan) Fouts, their love spanned over 45 years. He and Jan traveled on many adventures, to London, Paris, New York, Massachusetts, Maine, New Hampshire, Vermont, and many trips were taken to Nevada, California, Oregon and Washington. Their favorite place of all was going to Flagstaff, Arizona and staying at the Little America. They always had their special room they stayed in with the most amazing view of the beautiful pines. He was her greatest love, and he loved her deeply. They built a good life together and their love grew deeper with each passing year.

He retired at the age of 56, younger than most. He was financially secure, as he lived his life modestly, never beyond his means. He would always say “if you watch your pennies, you will have dollars”. He provided a good life for his family and was one of the most generous and giving men you could ever meet. He would often give to the homeless, tip generously and hand out money to those he felt in need. If you knew him, you most likely have a new set of flashlights or other gifts he so generously gave. His generosity went beyond that of just monetary gifts, as he would always ensure that the people around him knew of his appreciation of what they brought to the world. Even at the end, he showered his nurses with so much appreciation and gratitude that you could witness the impact to their lives. With all his generosity, at the same time he held people to high standards and expected them to be accountable for their actions and their efforts.

He had three children, and many step and loved children, whose lives he touched and who felt his powerful presence.

His three children are Nancy, Don Jr. and Rob. His grandchildren Madison, Nate, Nick and Nolan. His great grandchildren Maci and Cooper. These children were beyond blessed to have such an amazing man to shape them and be there for them every step of their lives.

There were many others who see him as a father figure. The list is long because he touched many. Jan’s children from her first marriage and the children he adopted in love who he took in at a young age and loved them as his own. He had a profound impact on all of them. He also has many step/loved grandchildren and great grandchildren, that call him Grandpa Don.

Beyond his children, he touched so many other lives deeply. He was an individual that had a personality bigger than life. He truly was a man that stood out among other men, not only in what he accomplished but because of the person he was and the standards that he held himself to. He never allowed himself to be negatively influenced by others, he always stood strong based on his own values and was not afraid to speak his truth. A truth that was always founded in selflessness and a greater good.

May we all keep his memory alive and let his powerful presence shape us to be better people. To give more generously, to care more deeply, to be an advocate for others, to be selfless, to hold ourselves accountable to high standards, and to expect the same for others.