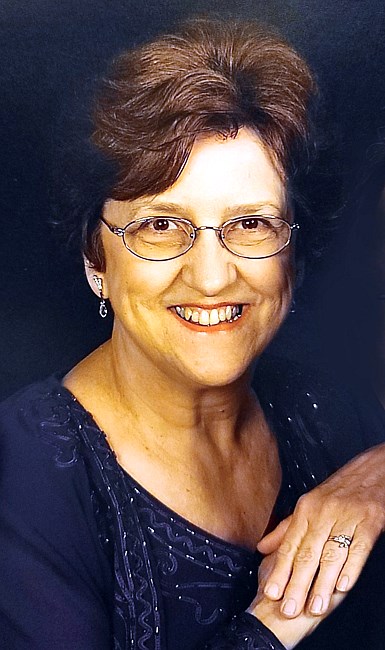 Terry Lee Bergthold-Dunlap began her life’s journey on June 30th, 1944 in Ft. Madison, IA, the daughter of Frank and Betty (Sloan) Bergthold. Terry was born the oldest child and was soon joined by her three brothers, Lanny, Ricky, and Francis. Upon graduating from high school, Terry decided on a career in nursing, graduating from St. Mary’s in Rochester, MN. She loved nursing and made this her life’s work. She had a second dream job of dancing, and owned a Arthur Murray Dance Studio in Baltimore, MD. It was while dancing in the studio she began to dance in competition. A passion she held onto most of her adult life. She had also called Hawaii and Tahlequah, OK home. On June 30th, 1979, she would meet and marry her best friend, Philip Stan Dunlap, and together they would raise a daughter Kimberly and a son, Cody. Terry worked in the Labor and Delivery Ward of WW Hastings Hospital, bringing the joyous reality of a new baby into the homes of many residents here in Tahlequah. She was there to comfort, assist, teach and nurture, and when the occasion called for it, to photograph the angel babies that came into her care. She was an avid photographer, and a member of the Camera Club, the Rock Club, the Painting and Gardening Club, and was an avid explorer and adventurer, traveling over her lifetime to Australia, India, the Cayman Islands, Japan, Greece, Rome, Mexico and Costa Rico. There was nothing more important to Terry than her husband , children and her grandchildren. She was devoted and never lost the chance to celebrate a holiday or milestone event with them. She was a devout Catholic and a member of St. Brigid Catholic Church, where she served in the Women’s Guild, helped with youth activities, sponsored new members, and served in any capacity she could. Terry’s life wasn’t always simple, she battled cancer, and never let it affect her ability to smile and make others smile as well. The Lord called this faithful servant home from her labors on Sunday, January 23rd, 2022 in Tahlequah, OK, surrounded by the family she loved so much in life. She was 77 years old. Terry is preceded in death by her maternal grandparents, Johnny and Echo Sloan, her paternal grandparents, Frank and Clara Bergthold, her mother and father and her brother, Lanny. Those left to cherish her memory include her devoted husband of 43 years, Philip Dunlap of the home in Tahlequah, and her children, Kimberly DeLong and husband Wesley of Tahlequah, OK and Cody Dunlap of the home in Tahlequah. She leaves her brothers, Ricky Bergthold of Boone, IA and Francis Bergthold of Montrose, IA. Terry lives on in her five beloved grandchildren, Skyla DeLong and fiancé Dakota Estes of Tahlequah, Matthew DeLong of Tahlequah, Cadence Dunlap of Tahlequah, Adrian DeLong of Tahlequah and Jacob DeLong also of Tahlequah. Terry will also be remembered by the many families that brought a baby into the world assisted by the loving care of a nurse named Terry Dunlap. Eternal rest grant unto them, O Lord, and let perpetual light shine upon them. A Mass of Christian burial will be held for Terry Lee Dunlap on Thursday, January 27th, 2022, at 2:00 PM at St. Brigid Catholic Church with Father Stuart Crevcoure officiating. She will have a visitation on Wednesday January 26th, 2022, beginning at 3:00 PM until 6:00 PM, at which time her Rosary will be recited. She will be laid to rest at Holland Cemetery in the Dunlap Family section. Pallbearers for Terry include Dan Dunlap, Cody Dunlap, Francis Bergthold, Ricky Bergthold, Wesley DeLong and Matthew DeLong. Online condolences for her family may be left at www.reedculver.com.
VOIR PLUS VOIR MOINS