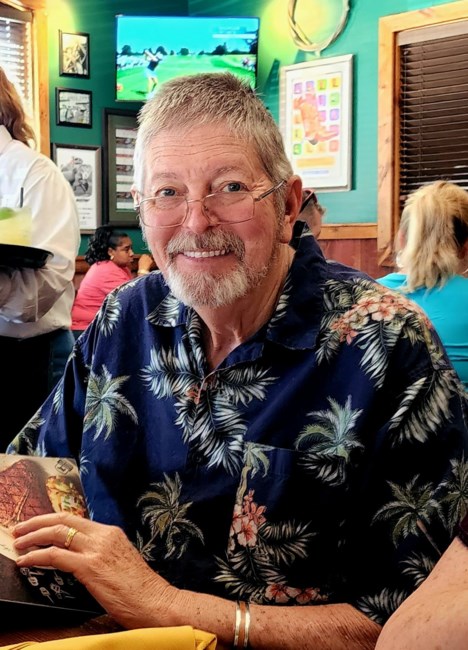 William Elbert Jones, which many loving called “Bill”, “Tito”, “Junior” and “Cookie”, passed away on Wednesday July 27, 2022, at age 72, having returned home to the Author of his life. Bill was born on April 21, 1950, in Edenton, North Carolina. He moved to El Cajon, California, with his mom, when he was 5 years young. He would recall all the fun he had at the YMCA after his mom had enrolled him in their programs. While attending El Cajon Valley High School from 1964-1968, he loved to share stories of his runs with the Cross Country & Track team. He many times held the record of the person “who could eat the most tacos after a run.” He loved the ocean and loved body surfing when he was younger. He always joked about how things may have been different had he focused more on school demands, versus being a fish in the water. He lived with no regrets and lived life to its fullest always. He enjoyed talking about all the fun he had at his first job, Farrell’s Ice Cream Parlor, and his very first car he bought, a 1967 white Ford Falcon. He proudly joined the Army in 1975, serving for 20 years, many times working alongside the Chaplain. He enjoyed traveling the world with his family, having been stationed in Korea, Germany and then the United Arab Emirates. These duty stations allowed him to explore Europe and Asia. As though this were not enough, he still challenged himself. He graduated from the University of El Paso and University of Phoenix as a Licensed Master Social Worker, serving as a family and child advocate therapist. He saw himself as serving others as the Lord's hands and feet. He was a man of faith, who never hesitated to ask “why.” He would walk out at night and stare up at the stars in awe & wonder of God's majestic creations. I know now he’s looking down at us, with his big blue eyes, just as fascinated with all the Lord has done, is doing and is yet to do. Bill is survived by his beautiful wife, Rosa Elena Jones, whom he met in El Paso on the dancefloors of Cosmos Discotheque. “The dance floor just parted and there was no one else but us," they both say. They married in 1977, and had two beautiful girls, Michelle Meeks and Heidi Jones. Grandchildren was to be his next blessing, grandson Ayden Meeks, granddaughter Sephra Ramirez, grandson Dylan Meeks, and grandson Rylan Meeks. A memorial service for William will be held Tuesday, August 16, 2022, at 10:00 AM at Crawford-Bowers Funeral Home, Temple, Texas. Following the memorial service will be a graveside service with military honors at 2:00PM at Central Texas State Veterans Cemetery, Killeen, Texas. Fond memories and expressions of sympathy may be shared at www.crawfordbowerstemple.com for the Jones family.
VOIR PLUS VOIR MOINS