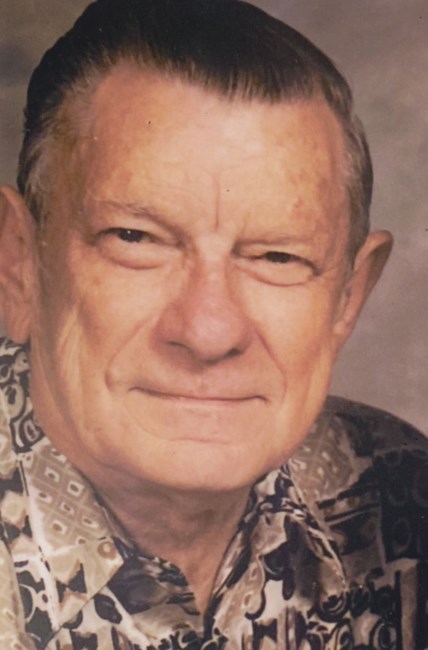 John A. Pope, 95, passed away peacefully Thursday, August 11, 2022. He was born May 18, 1927, in Jefferson City, Missouri, the only child of John George and Helen Mary Wegman Pope. He spent the early part of his life in Freeburg, Missouri. He was the son of a sharecropper during the depression. John A. was raised a devout Catholic where he attended the Holy Family Catholic Church and School. In November of 1944, John A. and his parents moved to Wasco, California where he graduated in 1945. In Wasco, John A. was a member of St. John's Catholic Church where he was elected President of the Newman Club. He joined the Knights of Columbus in May of 1945. During his time, he served as Grand Knight, District Deputy, and the Secretary of Central California chapter. In 1961, he was voted Knight of the Year. John A. began his career at the Wasco News in 1945 as an apprentice printer. In 1956, John A. met the love of his life, Rosalie, through a Catholic correspondence club. They were married on February 2, 1957. After John A.'s mom died, the family moved back to Texarkana in 1967 where Rosalie could be close to her family. John A. continued his printing career until his retirement. After moving to Texarkana, John A. joined St. Edwards Catholic Church. He was active in various capacities serving as Eucharistic Minister, Lector, Sunday School Teacher, member of the Parish Council, correspondent to the diocesan paper and counted church collections for over 30 years. John A. and Rosalie were General Program Chairmen for the KC Variety Show for eight years back in the 1970's. He was also Financial Secretary for the Knights of Columbus for many years. When John A. was 79, he was hit by a truck while crossing the street. He spent five months in the hospital/rehab before coming home on his 50th wedding anniversary. During those five months, his beloved wife sat with and encouraged him every day. Ten years later, Rosalie's health would fail her. She was confined to a bed and had to be admitted to a nursing home. John A. returned the love and support that she had given him by sitting with her every day for 25 months until her death. Their physical and spiritual bond was unbreakable. After 53 years of "NO!", Rosalie finally gave in and let him have his housedog. They welcomed Sassy into their home whom he had for seven years, and then Jenny Girl who never left his side. Later in life, John A. spent his days working word seek puzzles, reading the paper, playing handheld solitaire game, and spending time outside playing fetch with Jenny Girl. He kept his mind busy and his attitude positive. John A. was preceded in death by the love of his life, Rosalie, after 63 very loving and happy years of marriage, his parents John George and Helen Mary Pope, and daughter-in-law Sue Pope. He is survived by three sons and one daughter-in-law, Marc Pope of Texarkana, Texas, Doug Pope of Texarkana, Arkansas and Jeff and Jeanine Pope of Fort Morgan, Colorado. Five grandchildren, Brandy Bonner, Daniel Pope, Dallas Pope, Jonathon Pope, and Jayne Pope. Three great grandchildren, Makenna, Asher and Eli Pope, along with numerous nieces, nephews, cousins and Jenny Girl, his four-legged companion Mass of Christian Burial will be 10am Wednesday, August 17, 2022 at St Edwards Catholic Church with Rev. William Burmester officiating. Burial will be under the direction of East Funereal Home-Downtown. Rosary will be at 6pm to 6:30pm Tuesday, August 16, 2022 at East Funeral Home-Downtown with visitation to follow from 6:30pm to 7:30pm. Fond memories and expressions of sympathy may be shared at www.eastfuneralhomes.com for the Pope family.
VOIR PLUS VOIR MOINS