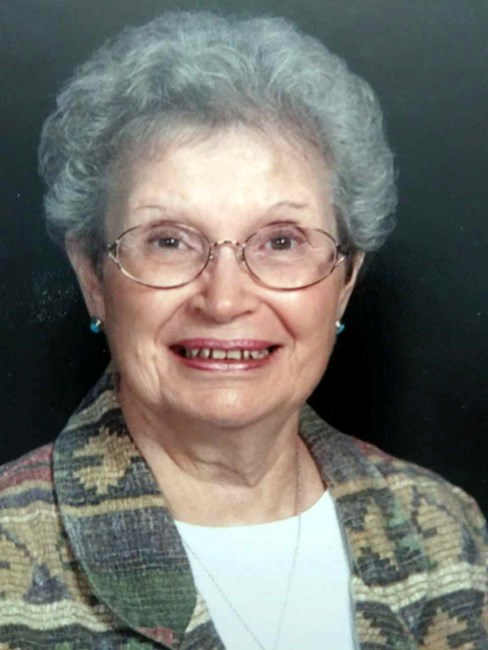 Patsy Harris-Wallace-Spencer departed her earthly life on August 29th, 2021 at Cornerstone Retirement Community, Texarkana, TX. She is preceded in death by Wesley Wallace, with whom she bore sons Dr. James Wallace of Sioux Falls, SD and John Wallace, Esq. of Versailles, KY. She is survived by her husband, Arthur Spencer, sister Betty Barnes of Marietta, TX, step-sons Marc, Danny and Andrew Spencer, as well as numerous additional relatives. Patsy was born January 23rd, 1935 to Opal and William Harris of Omaha, TX. She graduated from Paul Pewitt High School in 1953. Afterward, she devoted herself to family live and the rearing of her sons. Later, she developed a fondness for country-western dance, where she met Arthur. The two married on April 16th, 1997, in Bogata, TX. Patsy and Arthur moved to the Cornerstone Community in 2012. She immediately became known as the community member who got things done. She was active in welcoming all new members to the community, served on numerous quality-of-life committees, and played an instrumental role in forming a domino league. One resident exclaimed, “if ever we've had an angel in Cornerstone, it was Pat!” Patsy's survivors invite all friends to a memorial celebration at the Church on the Rock, 2301 University, Ave, Texarkana, TX 75503, at 10:00 am on Thursday, September 2nd, 2021. Please direct gifts either to St. Jude's Childrens Hospital, or charity-of-choice. Fond memories and expressions of sympathy may be shared at www.eastfuneralhomes.com for the Spencer family.
VOIR PLUS VOIR MOINS