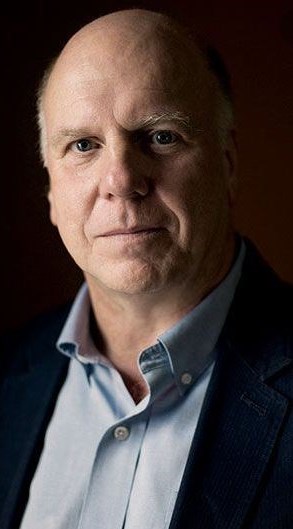 Peter was born in Yorkshire, England and studied English at Leeds in the early 1970s, before pursuing further academic studies in Canada, with an MA in Creative Writing from the University of Windsor, and a PhD in English at York University in Toronto. In recognition of his outstanding achievements as a writer, Peter was awarded an Honorary Doctor of Letters from the University of Leeds in 2009 and Honorary Doctor of Laws from the University of Windsor in 2010. Peter was passionate about writing and has written over 30 novels, novellas and collections of short stories, which have been translated into over 20 languages. He is best known for his DCI Banks novels, whose character reflects Peter’s love of poetry, music, travel and his family. First published over 35 years ago they have been brought to television with Stephen Tompkinson in the starring role. Peter’s work has been internationally acclaimed and his awards include the Edgar (US), the Dagger in the Library (UK), Le Grand Prix de Littérature Policière (France), Martin Beck (Sweden), and Arthur Ellis (Canada). In 2020 he received the Grand Master Award “to recognise a Canadian crime writer with a substantial body of work who has garnered national and international recognition” For more information on Peter’s life and work, please go to his website at www.inspectorbanks.com Peter was also passionate about passing on his love of literature and creative writing to others. In addition to teaching various courses at universities and community colleges, together with his wife Sheila, he endowed the Peter Robinson Scholarship at the University of Leeds to help students from less-advantaged background to enjoy the rich university experience. If you would like to honour Peter’s memory please consider making a donation to the Peter Robinson Scholarship by following the link athttps://give.leeds.ac.uk/p/peterrobinson/ Peter will be greatly missed by his family. He is survived by his wife Sheila Halladay, his step-son Brian Budd and his wife Amy Ferguson, his granddaughter Michaela Budd, his sister Elaine Stead and her husband Mick, his step-mother Averil Robinson, his sisters-in-law Pat Mainwaring and her husband Brian, Lynn Douglas and her husband Bob, his brother-in-law John Halladay and many nieces, nephews, grandnieces and grandnephews both in Canada and the UK. A private funeral will be held on Sunday, October 9, 2022, with cremation to follow.
VOIR PLUS VOIR MOINS