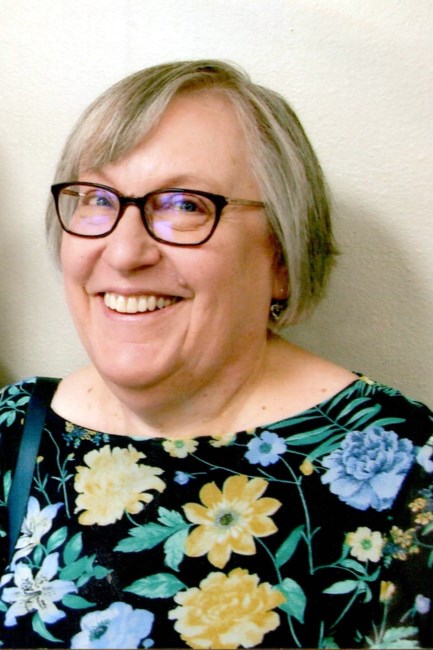 Deborah Grace (Raines) Hutton passed away on November 17, 2021 in Lacey, Washington surrounded by her husband and children. Debbie was born on March 1, 1952 in St. Paul, MN to Malin and Jean (Foster) Raines. She was the youngest of 4 children.

Debbie graduated from Bethel College in 1974 and Bethel Theological Seminary with a Master’s in Divinity in 1978. Debbie was then ordained as a Presbyterian Minister. She met David Hutton and was married in 1985 in St. Paul, MN. Shortly after her marriage, she moved to Fort Polk, LA upon Dave’s reassignment. In 1987, they were stationed in Nuremberg, Germany, where they lived for four years and where her daughter Catherine was born. Debbie and her family moved to Lacey where she welcomed her son Kevin.

Deb worked for Sound Home Care & Hospice as a Volunteer Coordinator, Chaplain, and Chaplain Supervisor for 22 years, then Washington State as a Social Worker at Developmental Disabilities for 4 years. She retired in 2017 to be a full-time grandma.

Deb was a loving wife, mother, and grandmother of two grandchildren. Deb was an active member at Lacey Presbyterian church for almost 30 years and she enjoyed participating in the church choir, gardening, and coffee with friends. She was passionate about mission work including 2 trips to New Orleans with Presbyterian Disaster Relief for Katrina victims and a mission trip to Los Angeles with DOOR ministries to support the hungry and homeless.

Deb was preceded in death by her father, Malin “Scotty” A. Raines, mother, Jean E. (Foster) Raines, and sisters Jan and Nancy, of St. Paul, MN. She is survived by her husband, Dave Hutton, son Kevin Hutton, daughter and son-in-law Cathie and Gerard O’Rourke, and two grandchildren, Maeve & Eoin O’Rourke, of Lacey, WA. She is also survived by her sister Judy, of St. Paul, MN, as well as several nieces and nephews and great-nieces and great-nephews.

A celebration of Deb’s life will take place at Lacey Presbyterian Church in Lacey, WA on Saturday, December 4th at 2:00 p.m.

Deb valued supporting those in need in her local community. Please send any donations to the Lacey Food Bank.