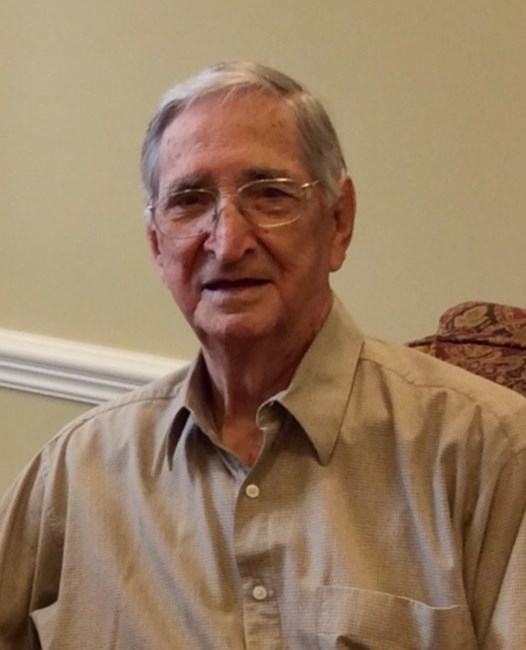 Robert (Bob) Dean Dickson of Demopolis, AL, passed away peacefully May 11, 2022 at Hospice of West Alabama. A private family service will be held at a later date. Bob was born on May 14, 1929 in Pontotoc, MS. He married the love of his life Doris in 1945 and the couple had two daughters; Janet and Sylvia. Bob started working in the paper industry at 19 years old. He retired 1985 as Paper Mill Superintendent from Gulf States Paper Co in Demopolis. Bob is respected and admired by many in the community and family. His encouragement, support and love will be missed by many. He is cherished and adored by his daughter, Sylvia Symon (Vincent); 5 grandchildren Cindy Lee, (Rusty), Lee Dockery (Deedee), Rene O’Neill (Patrick), Julia Dockery and Drew Dockery (Lori); 11 great grandchildren; 7 great-great grandchildren; his sister Linda Ray (Gene); and son-in-law Andy Dockery. He is preceded in death by his wife Doris Dickson; daughter Janet Dockery; great-great grandson Noah Smith; sister Frances Robbins and brothers James Dickson and Carlton Dickson. Fond memories and expressions of sympathy may be shared at www.MemoryChapelFuneralHome.com for the Dickson family.
VOIR PLUS VOIR MOINS