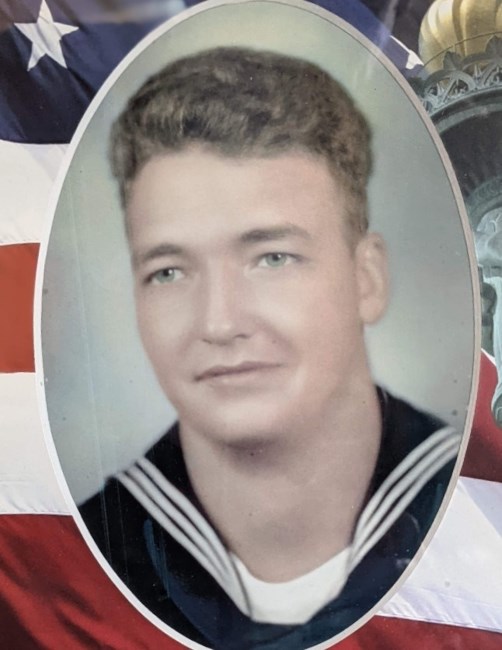 Thomas “Tom” William Cooley, 82, of Cottondale, passed away on May 04, 2022 at Hospice of West Alabama. A visitation will be held on Sunday, May 08, 2022 from 5-7PM at Memory Chapel of Tuscaloosa. A Funeral Service will be held on Monday, May 09, 2022 at 2:00PM from the funeral home Chapel. Interment services, with Military Honors, will immediately follow from Tuscaloosa Memorial Park. Memory Chapel, a Dignity Memorial provider, is honored to be entrusted with final arrangements. “Tom,” as he was affectionately known, was born November 25, 1939 to the late Percy and Pearl Smith Cooley. He served his country while enlisted in the United States Navy. He was stationed aboard the USS Prairie. During his time in the Navy, he was part of the division that is now referred to as the Navy Seals. After his naval service, he returned home to Alabama. He then began working as a Drag Line Operator for Drummond Coal, where he was able to retire after 31 years of service. After his retirement, he relished in travelling to many amazing destinations all over the United States, and even many places abroad. He was a smart man, he enjoyed farming, growing vegetables, and being able to tinker with many projects around his farm. He loved spending time on his tractor, watching Matt Dillon on Gunsmoke, and many other classic westerns on TV. An avid sports fan, he loved sports, but he especially loved rooting for his beloved Alabama Crimson Tide (“Roll Tide”). As much as he loved travelling and farming, his greatest love was his family, he was a loving and faithful husband, Daddy and “Paw Paw,” he especially loved his granddaughters, and was proud of their accomplishments. He was looking forward to his granddaughter Brooke’s graduation from UWA on Saturday, May 7, 2022. Mr. Cooley was preceded in death by his parents: Percy and Pearl Cooley, as well as 2 sisters: Christine Thompson and Ruby Kizziah, and 3 brothers: Raymond “Banny” Cooley, Charles “Bud” Cooley and Glyn “Babe” Cooley. He is survived by his wife of 56 years, Willadean Hubbard Cooley; one daughter Angie Cooley Cook (Neal); two granddaughters: Brooke Barger and Lizzie Barger; sister “Kitty” Kelley; and brother Johnny Cooley (Pat). Serving as Active Pallbearers will be: Stonie Poe, David Phillips, Gary Averette, Johnny Cooley, Royce Youngblood and Skip Rice. The family wishes to recognize the staff of Hospice of West Alabama (at home and inpatient) and Elray Hanna, his special Navy buddy, as Honorary Pallbearers. Fond memories and expressions of sympathy may be shared at www.MemoryChapelFuneralHome.com for the Cooley family.
VOIR PLUS VOIR MOINS