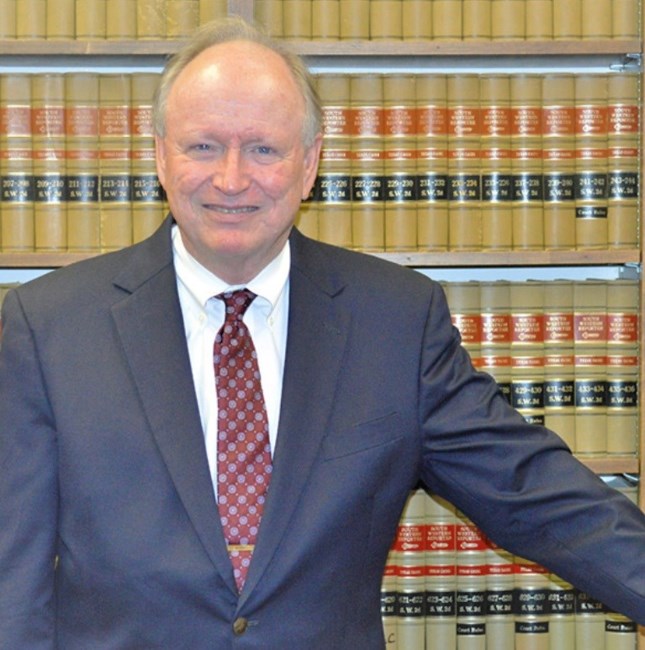 Patrick Aloysius Cullen was born in 1948 in Kearney, Nebraska. He moved with his family to Victoria, Texas in 1950, where his father Joseph Aloysius Cullen DDS, established a dental practice. His siblings Carol Ann, Charles, and Marty were born in Victoria; his brother Michael having been previously born in Omaha, Nebraska where Joseph was in dental school. Patrick attended Saint Joseph Grade School/High School in Victoria. Joseph moved the family back to Kearney to establish a practice in 1961. Patrick attended Kearney Catholic Schools until he transferred to Brothers of Mary preparatory seminary school in Saint Louis, Missouri, graduating in 1967. His interests in politics and history, however, lead him to St. Mary’s University of San Antonio where he earned a Bachelor of Arts Degree in 1971 and a Juris Doctor in 1974 from St. Mary’s University School of Law. He was admitted to the Texas Bar in 1974. He is also admitted to practice before U.S. District Court, Southern District of Texas. Pat is a member of the Victoria County Bar Association and State Bar of Texas and practiced law with the Cullen, Carsner, Seerden, and Cullen Law firm in Victoria for many years until his death. From an early age Patrick was attracted to books and learning in general. Patrick maintained a lifelong interest in books, and was always a voracious reader. His interests were wide and deep and included history, politics, and religion. His many and varied friends were a testament to his quick wit and widespread interests. He was a wonderful and gracious host, and the favored winter meeting place for his siblings over many years. We will miss the inspired conversations, hospitality, and friendship that he provided. Patrick was a member of the Catholic Church, and a strong supporter of the “Sisters of the Incarnate Word and Blessed Sacrament” in Victoria. He provided financial support as well as donating many books to the convent’s library. Patrick passed away at the age of seventy-three. His death will leave a void in his law firm, church, and community. He will be greatly missed by his family and friends. We respectfully request any donations in Patrick’s honor be made to the Sisters of the Incarnate Word and Blessed Sacrament, or Saint Joseph High School, both located in Victoria. Memorial mass will be 10 AM Wednesday, January 26, 2022 at Our Lady of Victory Cathedral. Words of comfort may be shared with the family at www.rosewoodfuneralchapel.com.
VOIR PLUS VOIR MOINS