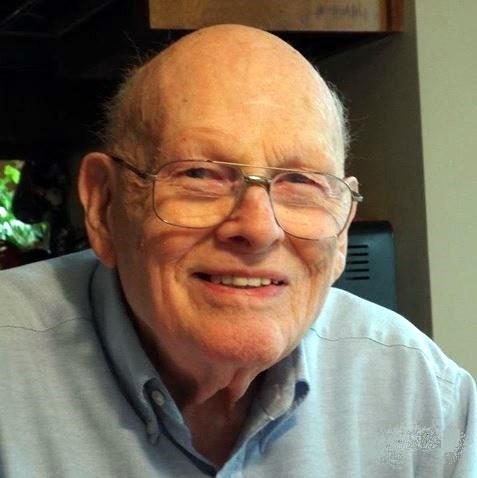 Virginia Beach - Rev. Richard Luther Miles Shibley passed away Feb. 4, 2017. He was born Jan. 9, 1925 in Akron, OH to the late Karl J. and Eleanor (Miles) Shibley. He served a short time in the Marines and then joined the Army where he became a Paratrooper and a Veteran of WWII, E.T.O. He was a mechanical engineer at Cooper Industries, OH. During that time, he was a member of many local organizations. For his efforts in the community he was awarded the “Outstanding Man of the Year”. He left Mt. Vernon to pursue jobs in Lay Ministry and entered the Northwestern Theological Seminary (Luther Seminary) in St. Paul, MN, where he graduated and was ordained in 1968. He was a retired Lutheran minister having served congregations across OH for 21 years. After retirement he continued to serve as pulpit supply. He enjoyed gardening, collecting stamps, was the President of the Wooster Stamp Club and did woodworking. He loved music and enjoyed singing in choirs. He was also a member of the Kempsville Masonic Lodge #196 and Emmanuel Lutheran Church. He was preceded in death by his wife of 49 years, Rose Marie (Johnson) Shibley; brother, Robert K. Shibley; sister, Martha (Shibley) Marquard; and son-in-law, John A. Farrer. The Shibleys have 5 daughters, Cheryl Farrer, Carolinn Shibley, Cathy Tucker, Dr. Susan Shibley, and Kristine Hardesty (Barry); 8 grandchildren; and 5 great-grandchildren. His extended family include, Meg Lemaster (Rick), Eric Farrer (Vicki), Jack Farrer and their families. He will be missed by his cats. His love of serving his community, his sense of humor and love of ice cream will be missed by all who knew him. The family would like to extend appreciation for their loving care to Steve, Elsie, Tasia, Grace Hospice, his Emmanuel family and the Va Beach Fire & Rescue. Together they made his last days easier and brighter. Services were held in Coshocton, OH with burial in Mt. Vernon, OH. A celebration of his life will be held at 11:00 a.m., Sat. March 25, 2017 at Emmanuel Lutheran Church, 3900 Virginia Beach Blvd., Va Beach, with the Rev. Aaron DeBenedetto officiating. Contributions may be made to the Alzheimer's Association.
VOIR PLUS VOIR MOINS