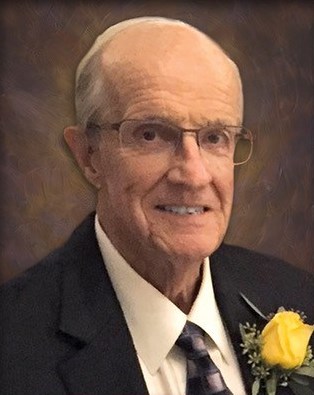 Carl A. Herman of Thousand Oaks, CA, passed away peacefully on Tuesday, August 2, 2022. Carl was born on September 23, 1930, in downtown Detroit, MI to Anton and Rose Herman. Carl is survived by his loving wife of 38 years Carolyn, sons David (Lisa), Kenneth, Gregory and daughter Lisa. He is also survived by 8 grandchildren and 9 great grandchildren. Carl is preceded in death by his parents, his sister Maryann (Jim) and his brother Gerard. During his high school years, he attended Sacred Heart Seminary in Detroit, graduating in 1948. He served in the United States Armed Forces during the Korean War and was honorably discharged in 1953. From there he went to The University of Detroit, graduating in 1955 earning a B. A. degree in Philosophy. Carl was an executive coach and career management consultant. Previously he was a general manager, administration and human resources executive in consumer products, financial services, information technology and nonprofit environments. He was successfully involved with corporate acquisitions, merges, strategic alliances, turn arounds, divestitures and startups in the United States, Canada and England. Prior to First Interstate Bancard Company where he was executive vice president, he held executive positions at Schick Inc., Mazda Motors of America, Chrysler Corporation and Junior Achievement of Delaware Valley. Carl was a devoted volunteer, during his working career he held volunteer positions in communities and surrounding areas where he worked. Carl was past president and board member of the Community Leader’s Association of California Lutheran University. He also served as an advisor to the college counseling and placement office of Thomas Aquinas College in Santa Paula CA. He was a speaker and seminar presenter on career management topics. Additionally, Carl was on the faculties of the Stonier Graduate School of banking (ABA) at Rutgers University in the undergraduate and graduate schools of West Coast University. He served as Chairman of United Way of Ventura County, Chairman of Parents Council, UC Santa Barbara, Chairman Moorpark College Foundation, President Simi Valley Chamber of Commerce, Vice Chairman, Los Angeles private industry council, and President of the Crestwood Board of Education Dearborn Heights MI. Carl also served as Chairman and board member of Conejo/Los Virgenes Future foundation. Carl loved all sports, but his favorite was baseball. He knew his baseball. He started playing at an early age and continued in school, while in the army in Germany and in a senior league when he worked in Simi Valley. Services for Carl will be held at 10:00 AM on Monday August 22nd, 2022, at Pierce Brothers Mortuary, 5600 Lindero Canyon Rd., Westlake Village CA 91362. Burial and a light lunch catered by Porto’s will follow the service. In lieu of flowers donations can be made to Senior Concerns a nonprofit organization which provides affordable support to seniors or to any charity of your choice. Carl will be missed by all.
VOIR PLUS VOIR MOINS