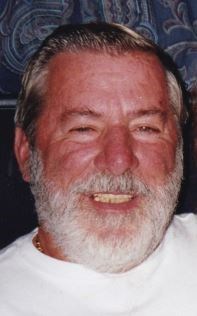 Theodore R. Vancour, Jr. of Wethersfield, passed away peacefully in his home on Wednesday, August 25, 2021. He was the beloved husband of Barbara (Molesky) Vancour. Born on September 27, 1936 in Albany, Vermont, he was the son of the late Theodore and Emma (Kimball) Vancour. “Ted” and “Teddy Bear”, as he was called by those special to him, was a loving, strong-willed, hard-working man of his word. Ted was known by all “to tell it like it is”, with his straight-on, great advice and his quick-witted jokes and wise sayings. He will be sorely missed. Extremely ambitious, Ted started earning his own way in his early teenage years and began a prosperous career doing what he loved best - proudly beautifying the world around him with landscaping and outside improvements so that others could enjoy their outdoor surroundings as much as Ted did. At age 17, Ted began working from the ground up for the Town of Bloomfield, where he was quickly promoted to head of the Parks and Recreations / Public Works Dept. With 20 years of proud service to the town, Ted’s attention to detail and finesse did not go unnoticed and led to homeowners and business’s to seek out Ted’s special skill to provide customized work for them, prompting Ted to leave the town and start his own company- Ted’s Lawn Service, LLC. He quickly became THE landscaping company to call if you wanted the most pristine specialty outdoor improvements and landscaping. Ted managed it hands-on for 50 years, until his retirement. He was well respected in the industry and well loved by all of his long-time customers and business associates. Ted is survived by Barbara, his loving wife of 26 years; his four children, Donna Goodwin, Steven Vancour and his wife Susan, Teddy Vancour, III and Randy Vancour; a brother, Ronald Vancour and his wife Joan; a sister, Sheila Chaput along with many cherished grandchildren. He had a special bond with his stepdaughter, Laura Chiulli and with his in-laws, Carol and Pat Miller and he leaves many other loving family members and long-time friends. He was predeceased by his siblings, Bernice Starkey, Gloria Tallman and Wilma Vancour. The family will receive relatives and friends from 9 a.m. to 10:30 a.m. on Wednesday (September 1st) at the D’Esopo Funeral Chapel, 277 Folly Brook Blvd., Wethersfield. All attendees will be asked to wear a mask or facial covering. A prayer service will begin at 10:30 a.m. in the chapel at the conclusion of visiting hours. Burial will follow at Village Cemetery, Wethersfield. A Celebration of Ted's Life will be held at a later date. To leave a message for the family, please visit www.desopofuneralchapel.com
VOIR PLUS VOIR MOINS