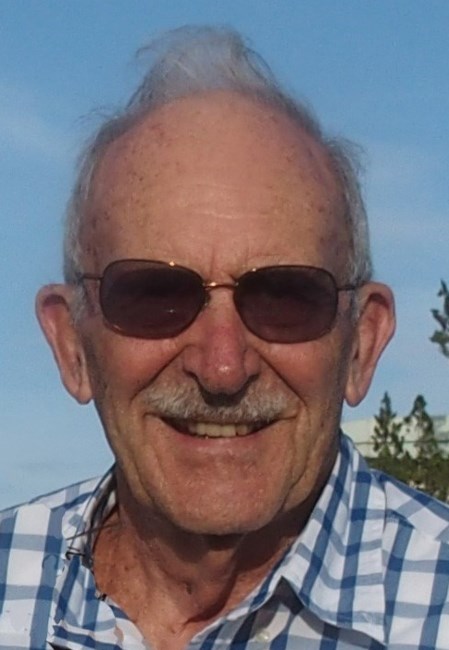 Charles William Hall was born in Mansfield Ohio on October 28th, 1930, the eldest of Russell and Esther Hall’s four children. When he was young, the family moved to Greenfield, Massachusetts, later moving back to Mansfield. From there they moved to Philadelphia where he attended high school. He was a starting pitcher on the Oak Lane Boys Club baseball team. He served in the Air Force during the Korean War as Draftsman while stationed in Alexandria VA and as an Electronic Technician while stationed in Roswell NM, servicing B-29 Superfortress bombers attached to the Strategic Air Command. He received an Honorable Discharge on November 14, 1958. Charles descended from a long line of seamen and ship builders from Massachusetts. An avid sailor since childhood, he built his first sailboat as a teenager and later moved to NJ and helped establish the Cedar Creek Sailing Association in Bayville, NJ. Charles and Charlene Mary Symons married and raised four children. With the help of his brothers, Charles built his first home himself in Bayville in the early 1950s. His many contributions to the community included volunteering with the Civil Defense. He served appointed and elected terms on the Berkeley Township Housing Authority, the Board of Education, and the Township Committee. Charles was a Life Member of the Berkeley Township Historic Society. As part of a long career in construction working for South Jersey Asphalt and Ernst, Ernst & Lissenden, he was involved in building sections of the Garden State Parkway and numerous housing and commercial projects. Charles and Charlene raised four children and spent time sailing with them on the Barnegat Bay, camping on the Outer Banks and in Maine, and taking numerous trips to Bass River State Forest. Upon retirement, Charles and Charlene enjoyed traveling the country as “full-timers” in their Airstream Trailer in addition to sailing the seas aboard various cruise ships. They particularly enjoyed winters in Florida. After Charlene died in 2002, he later met Joanne (Shen) Hall; they married in 2005. Both were retired at the time. They moved to Cedar Glen Lakes in Whiting N.J. They had many adventures together including sailing on the Toms River, and riding on vintage rail cars through the Pine Barrens. Along with visiting with family, they enjoyed cruises, road trips and spending winters in Florida where they were enthusiastic garden club volunteers. They moved to Crestwood Manor in 2019, becoming involved in activities and making many friends. Charles enjoyed his time in the woodworking shop rebuilding bluebird houses with his friend Richie Demko. In addition to his wife Charlene, he was preceded in death by his brother, Russell Hall. He is survived by his wife Joanne Hall, his four children Barbara Ann Ramirez, Roger Hall, Brian Hall, and Leanne Migalski, and stepchildren Fern, Tina, Andy, Liz and Chris Shen, thirteen grandchildren and ten great-grandchildren, the youngest of whom is his namesake Charles due on November 20th, and his sister Carolyn Hammarstrom and brother Nelson Hall and their families. Private interment will be at the Brigadier General William C. Doyle Veterans Memorial Cemetery at Arneytown. If interested in making a donation in Charles’ memory, consider Rails to Trails Conservancy (www.railstotrails.org) an organization he favored that advocates for the conversion of abandoned railway tracks for recreational use.
VOIR PLUS VOIR MOINS