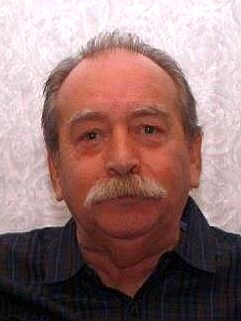 Tracy Lee Lawrence was born on May 12, 1952 to Madge Wanda Lawrence and Raymond Leon Lawrence in Miami, Oklahoma. On October 15, 2020, he was called to join his parents, sister, Delores Mobley, and nephews, Steve Gilley and Michael Tibbets, who preceded him in death. Tracy is survived by his sisters Gail Tibbets and Joyce Gilley (Earl) as well as his brother Rex Lawrence (Nancy). He is also survived by his three beautiful daughters Christina Lawrence (Shawn), Tiffany Pennington (Dustan) and Michele Lawrence. Additional survivors are his grandchildren: Taylor Webber, Kory Lawrence, Kylee Lawrence, Ava Venegas, Blaydan Pennington, Abigail Pennington, Dalilah Pennington, Skylar Pennington, Victoria Bragg and several loved nieces, nephews and cousins. Tracy joined the Army as an MP and after his stint in the military, he focused his time and energy on HVAC. Tracy would often talk about which buildings he worked on and if you were in the car with him he would proudly share about the buildings he worked on when he saw them. Tracy was an avid lottery player and would always be sure to get his lottery tickets each week in hopes of one day winning. He was like a walking encyclopedia, if found at home his friends and family would often see him watching Jeopardy or Wheel of Fortune and he always had an answer for everything. One of his favorite things to do was go fishing with his family. Luckily, he was a patient fisherman, because no one in his family was. Food was one of his favorite things, he loved to cook and eat. If you had anything in the house that you were saving for yourself for later, it would for sure be gone when you went to look for it with him home. Tracy was very witty and was usually quiet but when he would open his mouth, you would just know that something interesting was going to come out. He was always an ornery man and would crack a joke whenever he could to make people laugh. Tracy’s legacy was his children and grandchildren, who he enjoyed spending time with and was incredibly proud of. He loved buying special gifts for everyone on holidays and became fond of QVC. He loved his family and showed everyone around him incredible strength throughout everything that happened in life. He will truly be missed by all who knew him. Fond memories and expressions of sympathy may be shared at www.MyLakeviewFuneralHome.com for the Lawrence family. Celebration of Life Service will be held on Saturday, October 24, 2020 at Lakeview Funeral Home Chapel, beginning at 1p.m. Following the service there will be time to visit with Tracy's family.
VOIR PLUS VOIR MOINS