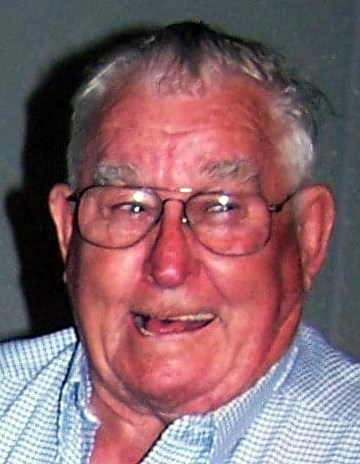 Edsel Rawls Campbell went home to his Eternal Heavenly Father on November 8, 2020. He was born July 27, 19, 1926 in Andalusia, Covington, Alabama and passed away in Hiawassee, Georgia at the age of 94. He lived most of his life in Orlando, Florida but spent the last years in north Georgia. Mr. Campbell was proceeded in death by his parents, Dempsey Merrill Campbell and Bertha Lee Rawls Campbell, two brothers, Braxton Merrill Campbell and Earl Kent Campbell, son-in-law, Wallin Sylvester McCardell, and sister-in-law, Dorothy Louise Dean Campbell. Mr. Campbell is survived by his loving wife of almost 60 years, Mildred Burline Polston Campbell and seven children. Jerry Wayne Campbell (Kathy), James Edward “Jimmy” Owens, Frances Mildred Owens Freeman, Sharon Linell Campbell McCardell, Anthony Patrick Owens, Patricia Louise “Patty” Owens Beck (Marvin), and David Dwayne Campbell (Michelle). He left 18 grandchildren, Wendy Deans, Rachel Helton, Jason Owens, Joseph Owens, Genny Owens, Justin Kurtz , Dawn Abbott, Shawn McCardell, Cathy Knox, Connie Owens, Patrick Owens, Kyle Owens, Dylan Rowell, Owen Rowell, Christina Rowell, Mishell Beck, Shelby Brewer, and Harley Campbell, 33 great-grandchildren and 4 great-great-grandchildren. Mr. Campbell is also survived by two brother, Morgan Angus “Billy” Campbell and Benjamin Carey Campbell (Rosa), one sister, June Jeanette Campbell Wheeler (Donald), sister-in-law, Donette Cowart Campbell and numerous nieces and nephews. Mr. Campbell was a World War II veteran in the Navy. After his honorable discharge from the Navy in 1945, he returned to Ocoee, Florida to work in the Citrus business. Shortly after Martin Marietta came to Orlando, he took a job with them and remained there till his retirement. After retiring he loved to garden. He also loved to go places but always took the back roads. He said interstates were for people in a hurry. He loved to work on his genealogy. He spend many hours in cemeteries around the south hunting for deceased ancestors. His love for the Lord was shown in his compassion for others. He would go the extra mile and give what he had to those in need. Mr. Campbell is a member of The Church of Jesus Christ of Latter-day Saints. He held many callings in the Church during his life. His most cherished calling was serving as an Ordinance Worker in the Orlando Temple. He loved to help members when they came to the Temple. He loved his Lord, his family, and all the wonderful friends he leaves behind. He would only want his family and friends to grieve for him for a moment, then he would want each of you to live your lives in faith and put fear behind you and remember our Heavenly Father is in control.
VOIR PLUS VOIR MOINS