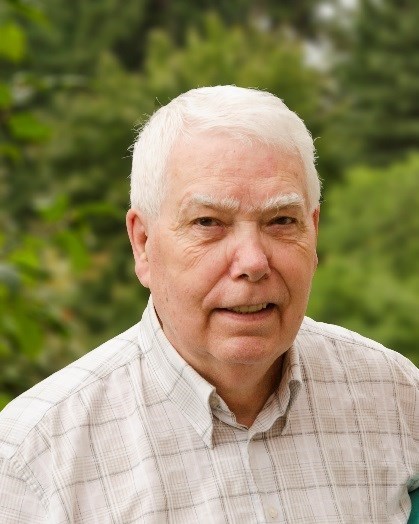 Douglas (Doug) Ramsey Stewart Collister passed away on Sunday February 18, 2018 at the age of 88 years from complications following a massive stroke. Born in Morden Manitoba to Thomas Henry and Elizabeth Berta (nee Woods) the family moved to Brandon, Manitoba in 1942 where after high school he began his career in the retail business with Metropolitan Stores and met and married the love of his life Lyall Anne (nee McConnell). Doug managed stores across Canada in Victoria BC, Nanaimo BC, Leamington ON, Fort William (Thunder Bay) ON, Brandon MB, Saskatoon SK, North Battleford SK, Calgary AB, New Westminster BC and Mission BC. He was community minded and became involved wherever he was. Doug’s proudest community contributions were with the North Battleford Kiwanis including a term as President and with his strata in Abbotsford serving several terms as President. An avid golfer throughout his life, like many of his generation his main retirement ambition was to play golf every day he could. He did so until limited mobility forced him to reluctantly give the game up. Doug retired in 1989 in Mission but he and Lyall relocated to a condominium in Abbotsford in 1990 and subsequently Carrington House retirement home back in Mission in 2011. He had a special sense of humour that was infectious and an essential element at family gatherings. Doug lived a full and good life. He will be deeply missed. Doug was predeceased by his parents, brothers Harry and Jack and sister Olva all of Brandon. He is survived by his wife of 66 years Lyall whom he adored, brother Claude (Christina), sons Doug (Barbara), Darryl (Helen), Paul (Tish), Mike (Jennefer) and daughters Ainsley (Steven) and Alison (Roy). He and Lyall were blessed with fourteen grandchildren (Ethan (Andrea), Jordan (Karolina), Dustin (Anna), Jared (Heather), Thomas (Whitney), Joshua, Sarah, Diandra, Damara, Zachary, Dixon, Ian, Elliott and Timothy) and eight great -grandchildren (Maya, Hunter, Eliana, Hendrix, Dominic, Sawyer, Kaden and Addisyn). Those wishing to celebrate Doug’s life may do so at Henderson’s Fraser Valley Funeral Home (34537 Marshall Road, Abbotsford, BC) on Saturday March 10 at 1400. Reception to follow. Condolences may be forwarded to the family by visiting www.hendersonabbotsfordfunerals.com. If desired memorial tributes may be made to The Residence in Mission (TRIM) through the Fraser Valley Health Care Foundation at www.fvhcf.ca. The family would like to thank the staff at the Abbotsford Regional Hospital (particularly Dr. Theresa Szezepaniak) and Mission Memorial Hospital (particularly Carlos and Cheryl) for their kind and careful attention during the last two weeks of Doug’s life. The family would also like to thank the staff and residents of Carrington House for their support and friendship extended to Doug and Lyall over the last seven years.