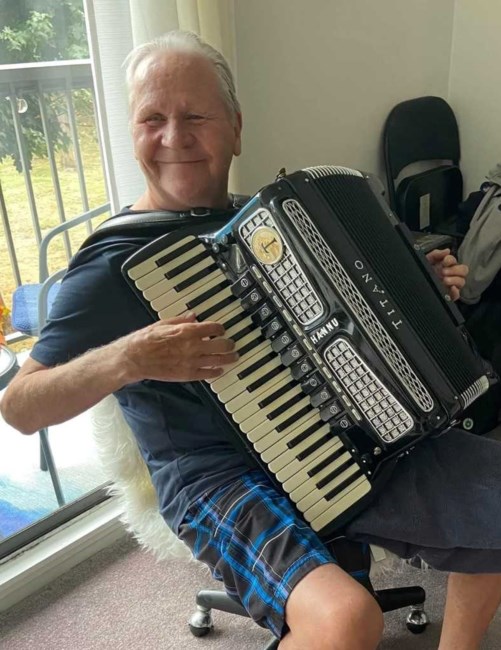 Hannu Antero LAMBERT, age 73, of Abbotsford, British Columbia passed away on Friday, July 29, 2022. Hannu was born February 10, 1949 in Nokia, Finland. Hannu is survived by his wife, Eija Lambert and daughter, Melissa Chaulk. He is also survived by his son-in-law, Jason Chaulk. His friends and family will miss him dearly. Hannu attended Queen’s and York University and University of Toronto where he received Bachelor’s degrees in education and music. Later on in life, he attended Cambrian College where he received a diploma in culinary arts. He was a Finnish-Canadian musician and trailblazer, furthering the prominence of the accordion in Canada and for this, he will be forever remembered and cherished. He worked as a music teacher and musician, never fully retiring from the accordion. Fond memories and expressions of sympathy may be shared at www.hendersonabbotsfordfunerals.com for the family.
See more See Less

In Memory Of Hannu Antero Lambert