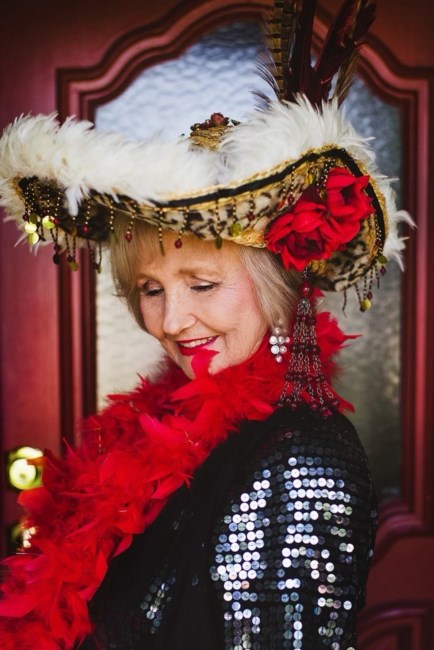 Betty Sue Jackson Bucher, 85, of Abilene passed away peacefully on January 23, 2023 at her home. Sue was born on June 22, 1937 in De Kalb, Texas to the late Henry Haskell Godwin and Annie Macil (Nichols) Godwin. She grew up in Lamesa, and California. She married Gerald Wayne Jackson in 1954 in California. They moved to Abilene where she graduated from Abilene Christian High School in 1955. She welcomed her three children Mark Wayne, Judy Kay, and Jan Sue and raised them in Abilene. She went back to school graduated Magna Cum Laude with her Bachelor’s degree in Education in 1976 from Abilene Christian University. She began a successful productive banking career with First State Bank and then with Security State Bank. Sue later married Charles Edgar Bucher on June 12, 2007. Together they enjoyed creating many precious memories. She also cherished genuine friendships and relationships. Her love of people and being the, “Dancing Queen of West Texas”, led her to help organize others who shared the same passion for dancing. She and her friends traveled all over the area fellowshipping, dancing in dance halls all over West Texas, listening to music, and having a good time. Sue was naturally organized and orchestrated several very well planned social events. She was blessed to have kept active until the day before she passed by enjoying a lunch with her Sunday school friends of the “Luke” class. Sue’s faith was also an important part of her life; she was a member of Pioneer Drive Baptist Church where she enjoyed her Sunday School Class. While her friends enriched her life, her family was her base. She was a loving mother, beloved Grandmother Sue, her love went out to her extended family as well. She was preceded in death by her parents; and her baby sister, Patsy Ruth Godwin. She is survived by her children, Mark Wayne Jackson and his wife, Connie; Judy Kay Cross and her husband, Wilfred; Jan Sue Davis and her husband, David; grandchildren, Luke Jackson(Ashley), Brady Jackson (Ginni), Jana Sue-Ellen Rose (Carly), Wilfred Logan Cross, Kaylee Aguirre (Ramon,III), Kori Hoffman, (Jason); great-grandchildren, Ella, Avery, and Maya Jackson, Levie and Abigail Rose, Asher Aguirre; her brother, Thurmon Loyd Godwin and his wife, Nancy; her nieces and nephews Ronnie, Rhonda, Nathan, Kira, and Alicia; numerous cousins, other relatives and special friends. Fond memories and expressions of sympathy may be shared at www.elliott-hamil.com for the Bucher family.
See more See Less