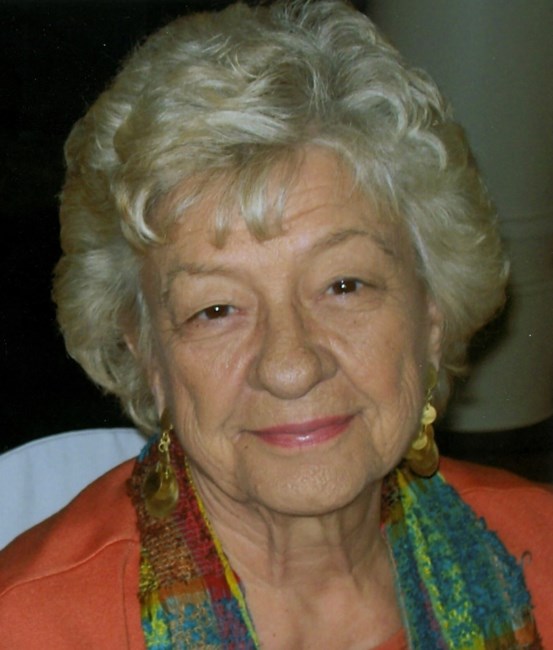 Jerry Brittian Hawkins, 91, of Knoxville was ushered to the feet of Jesus on Tuesday, July 26, 2022. She was known to those who loved her best as Mom and Mimi. Jerry was married to her late husband, Thomas Franklin Hawkins, for 67 years. Several months ago, she made her family aware her first order of business upon entering the pearly gates of Heaven and seeing Jesus was going to be "kissing Tom on the lips right in front of the Lord." They had a love affair that few find these days. What a sweet reunion they've had. She enjoyed a brief career at the telephone company and always wanted to remain a busy homemaker working intermittently with local florists, Living Arts for Students - a program of the Tennessee Theatre, and Tommy Hilfiger at Tanger Outlets. In 1982, she volunteered for the World's Fair in downtown Knoxville and was known to have the longest ticket line as she spoke with each guest attending the World's Fair. She enjoyed keeping an exquisite home and was known for trying every recipe in Southern Living's cookbooks. Her tailgate recipes were of published work in the Knoxville News Sentinel. She enjoyed volunteering in her local church, being active in garden club and bridge club, spending time with her family, and she loved traveling to every football game over the last 15 years to watch her favorite Alcoa Tornadoes win. Jerry and her late husband, Tom, also enjoyed traveling with the Vol Navy and cheering on the Vols in Section A for over 40 years. After many years of living off Alcoa Highway, she was notorious for stating a fact of life when riding in the car: "I'll never live to see the day when the Alcoa Highway renovations are complete." She wasn't wrong. Jerry was a member of First Baptist Church of Alcoa where she served as a greeter for many years. Prior to FBA, Jerry was a member of Chilhowee Hills Baptist Church where she faithfully served as a greeter and volunteered in the music ministry. Jerry and her late husband, Tom, loved attending Sunday School together at FBA and CHBC where they made lifelong friends. Her faith has left a legacy of love, hospitality, compassion and kindness. Jerry is preceded in death by her beloved husband, Thomas Franklin Hawkins; her father, William Worth Brittian; her mother, Vesta Viola Ivey Brittian; brother, Doug Brittian (Lucy). Jerry is survived by daughters, Cindy Clinton Harvey (David) and Candy Hawkins Hodge (Rocky); brother, Bob Brittian (Shirley); grandchildren, Christy Clinton Castleberry (Mark), Thomas Brittian Clinton (Kari), Brittiany Hodge, Courtney Hodge Best (Jordan) and Benjamin Hodge; and great grandchildren, Marleigh and Grant Castleberry, Baylor, Tinsley and Wells Clinton, Kyleigh, Lucas and Anna Grace Best. A special thanks to the entire staff at Trinity Hills of Knoxville Assisted Living — Jerry's home for the past two years. To her dedicated, faithful, and loving caregivers — Kristi, Lara, Marie, Pat, and Susan — thank you for sacrificing time away from your loved ones to care for our beloved mother and grandmother in our time of greatest need. Due to the timing of Tom's death in September 2020 with Covid restrictions, we will now have a Celebration of Life for both Tom and Jerry. Their Celebrations of Life will be held on Sunday, August 21, 2022 at 3:00pm at First Baptist Church of Alcoa with a reception following in the fellowship hall. A private graveside ceremony will be held at a later date for family with Reverend Rocky Hodge presiding. In lieu of flowers, memorials may be made to Alcoa Football Boosters — 1205 Lodge Street, Alcoa, TN 37701, Alzheimer's TN Inc. — 5801 Kingston Pike, Knoxville, TN 37919, Autism Society of East TN — PO Box 18494, Knoxville, TN 37928, or the Knoxville Police Department — 800 Howard Baker Jr. Avenue, Knoxville, TN 37915.
See more See Less

In Memory Of Jerry Brittian Hawkins