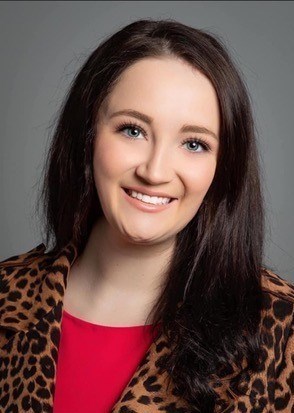 Haven Presley Hughes 22 of Little Rock AR, made her final broadcast and is reporting live from her eternal resting place. Haven was born on February 23rd of 2000 in Little Rock, Arkansas to Karen Lacewell Hughes and Arty Hughes. She died suddenly and tragically on January 16, 2023 after the motorcycle she was riding on as a passenger collided with a vehicle on Stagecoach Road in Little Rock. Haven was a recent graduate at Henderson State University with a degree in Communications. She was living her dream as a news reporter for KARK 4 and Fox 16 News. She was considered a “Rising Star” in the media world and she loved her job. Haven was a bright light in this world and could light up a room with her smile and her enthusiasm for life. She was a beautiful young lady that won many local and national beauty pageants throughout her life. She had been a high school and college dancer and cheerleader. She was a member of Alpha Xi Delta sorority Haven loved music and dancing. She was huge fan of the singer Luke Bryan and had developed a friendship with his family, and even the singer himself. Even though her time on earth was short, she made a big impact while she was here! Haven was preceded in death by her maternal grandmother, Bobbie Lacewell, and her fraternal grandfather, Charles Hughes. She is survived by her mother, Karen Lacewell Hughes, and her father, Arty Hughes, her brothers Arty Jr., Shane Timothy, and sister Natasha. Her maternal grandfather Ken Lacewell and her fraternal grandmother Sarida Hughes. Other relatives include her Uncle, Keith Lacewell (Michelle) cousins Chase and Cole Lacewell whom she adored. Uncles Chuck Jr., David and Roger Hughes and an aunt Sheila Claxton. The “Celebration of Life" Service For Haven Presley Hughes will Be as follows: Monday January 23rd 2023 Visitation at : 1:00 o’clock Funeral at: 2:00 o’clock at New Life Church Saline Address: 4200 AR-5 Bryant, Ar 72002 Donations can be made to the Haven Hughes Memorial fund at Bank of America
See more See Less

In Memory Of Haven Presley Hughes