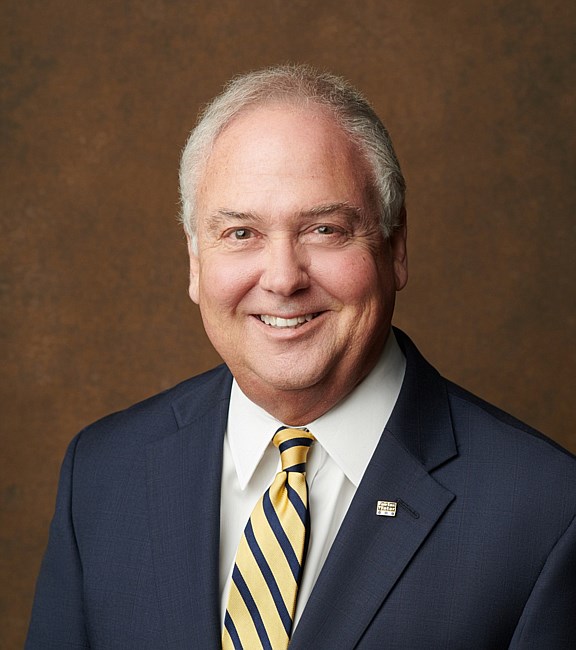 Steven Thomas Edgemon, 64, of Woodbridge, Virginia died on September 16th, 2022 in Fairfax County, Virginia. He was surrounded by his loving family and his priest. He was preceded in death by his mother, Mary Katherine Ownby Edgemon. He is survived by wife of 41 years Angela Whitaker Edgemon, daughter Kelsey (Craig) Blankenship, sons Kyle (Tracey) Edgemon and Klint Edgemon. He was the beloved “Papa Bear” to Riley, Asher and Eliana. Father Dillard Edgemon, brother Randall (Karlene) Edgemon. Several aunts, uncles, cousins, nieces and nephews. Steven worked in the water industry his entire professional career in Tennessee, West Virginia and Virginia. He began his career with American Water Works before moving to Fairfax Water where he retired in June of 2021 as the General Manager. He was an active member of Pohick Episcopal Church. He held a BS Finance degree from the University of Tennessee at Chattanooga and MBA from Strayer University. He was an Eagle Scout. The family will hold visitation on Wednesday, October 5th 4:00 pm-7:00 pm at the Demaine Funeral Home, 5308 Backlick Road, Springfield, VA 22151. The funeral service will be held on Thursday, October 6th, 2022 1:00 pm Pohick Episcopal Church, 9310 Richmond Hwy., Lorton, VA 22079. Interment and a reception will follow at the church. The family requests in lieu of flowers, donations be made to the Steven T. Edgemon Memorial Fund through Pohick Episcopal Church
See more See Less

In Memory Of Steven Thomas Edgemon