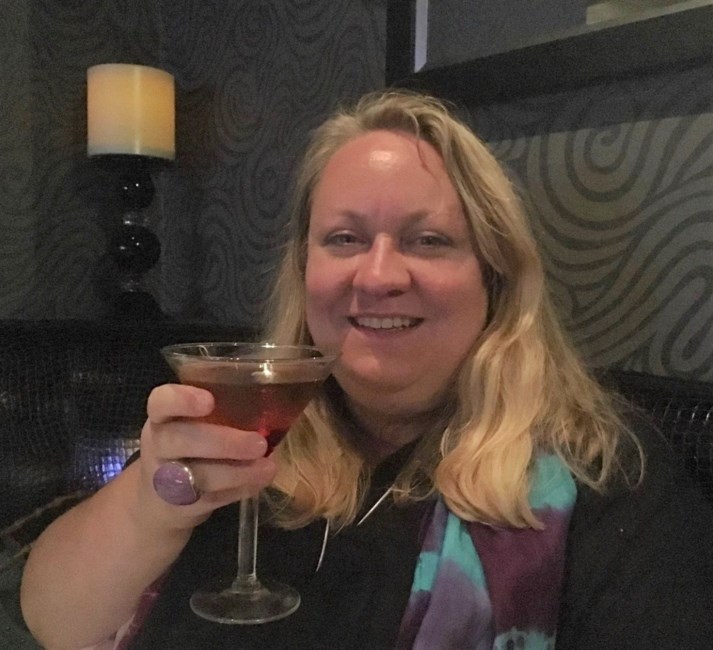 Tiffany Shackelford, a leader of communications, policy, and journalism organizations, died December 27, 2020, after contracting COVID-19. She was 46. Tiffany is survived by her husband of 14 years, Aaron Castelo; son Sam, 9; and an amazingly wide network of friends and relatives. Born in Jacksonville, Fla., on July 31, 1974, she was part of a Navy family that lived in a variety of places before settling in the Alexandria area of Fairfax County in the early 1980s. As an adult, she lived in Washington, D.C.’s Logan Circle neighborhood (before it was trendy). She was living in the Stratford Landing neighborhood of Fairfax County with her family at the time of her death. Tiffany graduated from West Potomac High School in 1992 and East Carolina University in 1996 with a degree in Creative Writing (Poetry). In her career, she specialized in bridging the old world of news and public policy with the new world of digital technology. Her work ethic was intimidating, but she approached her work in such an engaging and often amusing way that colleagues turned into lifelong friends. One of her most special gifts was how she loved helping people make connections, in both in her private and her professional life. Tiffany cherished her many friends and treated them as family. Her holiday dinner parties, and summer barbecues were full of rich conversation, hilarious stories, and laughter. Tiffany appreciated good food and good drink, especially bourbon. She was the life of every party and the center of attention in any room, not because she sought it but because of her natural magnetic energy. Her razor-sharp wit and spot-on observations—articulated effortlessly—made everyone around her laugh and relax. Those moments, full of her warmth and vivacity, will be greatly missed by her friends and family. State policy dominated Tiffany's career in recent years. She served as chief strategy officer and communications director of the National Governors Association from 2016 to 2019, shaping the NGA's role as a global convener. Her outreach led to new initiatives that connected state chief executives with their counterparts in Canada, Mexico and around the world. Passionate about voting rights, she most recently directed a voter information task force affiliated with the USC Annenberg School for Communication and Journalism and served as head of outreach for its 50-state election cybersecurity project before the recent election. This was in addition to her job as executive director of the nonprofit Society for News Design, a global membership organization for visual journalists and media leaders. She also was a longtime advocate of robust statehouse reporting amid a nationwide shrinkage in the ranks of reporters covering state capitols. In 1999, she helped to create and later served as assistant managing editor of Stateline, a news site covering state trends that was funded by The Pew Charitable Trusts and that pioneered online-only content delivery of news. In that role, she also helped found and later served as executive director of Capitolbeat, an association that provided training and support for statehouse reporters and editors. As a consultant for MG Strategy + Design, Tiffany guided many media and nonprofit organizations in their communications and partnership efforts. She also previously led the Association of Alternative Newsmedia and the publishing practice for Phase2 Technology. Always connecting people, in her free time she founded the Online News Association’s first local group in Washington, D.C., in 2008 and ran it for 10 years. Tiffany is preceded in death by her parents, Brenda Logan Shackelford and Harry Shackelford, Jr., whom she adored and thought of every day. They influenced her life immensely. Brenda was an artist, and Tiffany carried forward a life-long love of art, music and poetry. Harry instilled a fine mixture of a no-nonsense attitude and a laid-back insouciance. These traits help explain why Tiffany could be both driven and easygoing. Many of Tiffany’s happiest days were spent with Aaron and Sam at Atlantic Beach, N.C., where she had also vacationed with her parents. She loved walking on the beach, collecting shells with Sam and spending long afternoons and evenings relaxing on the front porch of their beach house. Tiffany loved Sam fiercely, raising him with her trademark sense of humor and sarcasm while also encouraging creativity, compassion and independence. In her 46 years, Tiffany lived a rich life and touched so many people. She will be missed in immeasurable ways. Remember her the next time you hear what she considered her “at-bat” walk-up music and karaoke song: “The Warrior” by Scandal. Memorial plans are pending.
See more See Less

In Memory Of Tiffany Michelle Shackelford