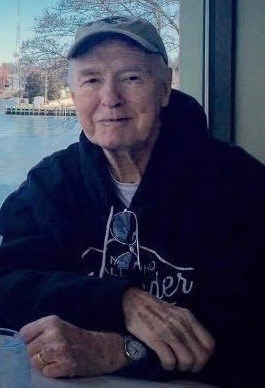 Billey Donald "Don" Couch, age 82, of Amarillo, Texas passed away on Sunday, July 31, 2022. Don was born October 26, 1939 to Arpy and Theresa Farris in Hamilton, Texas. Don was a man of many accomplishments, namely earning a Master’s Degree in Engineering from the University of Houston, completed undergrad schooling at the University of Texas at Arlington and was the lead program Manager of Lockheed Martin’s F-35 program as an Aeronautical Engineer. In Don’s free time you could find him exploring new places, off the beaten path, small towns in search of small plaques and researching the background of particular places. Don was a history fanatic, if he had a book in his hand, you could bet that he was learning something new about any given group’s history. Don was an incredible man who could brighten anyone’s life and will be sorely missed by all who were fortunate enough to have known him. Don is preceded in death by his wife Bette Dunn-Couch, widow Mary Jane Charles Couch, son Robert Kincannon, grandson Travis Bowman, brothers Elton and Cecil Couch, sister JoAnn Harbold and parents Arpy and Theresa Couch. Left on this earth to carry on his legacy is his son Jim and wife Julie Couch of Amarillo, TX, son Bill and wife Lori Kincannon of Greeneville, NC, son David and wife Sonia Kincannon of Tullahoma, TN, daughter Donna and husband Richard Doherty of Ft. Lauderdale, FL, daughter Linda Knight of Greeneville, NC, eighteen grandchildren and many great-grandchildren. Fond memories and expressions of sympathy may be shared at www.griggsschoolergordon.com for the Couch family.
See more See Less