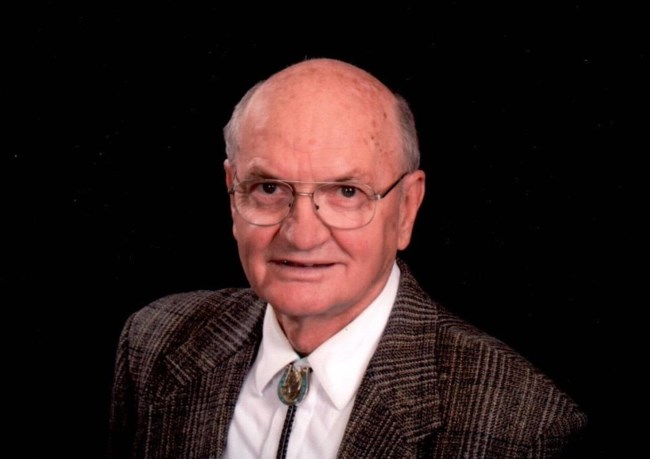 James Wesley Dunn DVM, PHD 86, of Amarillo passed away on January 27, 2020. James will lie in state on Monday, February 3, 2020 from 10am to 5pm in the Griggs Schooler Gordon Funeral Director's Pioneer Chapel, 5400 Bell Ave. in Amarillo. A celebration of James' life will be held on Tuesday, February 04, at 2pm at St Luke Presbyterian Church located at 3100 Bell Ave with Rev. Kati Collins presiding. Burial will be private. Born the youngest of three boys to Percy and Ethel Dunn, Jim farmed and ranched with his family in the beautiful sandhills of Nebraska. Early years on the farm saw drought and “The Great Depression”. At 15 years of age, the “Blizzard of 1949” was a memorable time. Competing in sports, especially baseball, was exciting for Jim and his brothers. After graduating high school, Jim attended several colleges while working on the family farm in the summers. A BS from Colorado State in 1955 and a Doctor of Veterinary Medicine from Iowa State in 1959. A veterinary practice in Fullerton, Nebraska was the first job after graduating. While there, Jim married his school mate’s sister, Lucille Graham. 60 years of marriage was filled with love, children, adventure, new home, grandchildren, struggles and God! In 1961, Jim began working for the Department of Veterinary Science at the University of Nebraska in Lincoln While there, he received his MS (1964) and his PHD (1974) in Medical Microbiology. 1975 brought a move to Amarillo Texas to work for Texas A&M Veterinary Medical Research Laboratory. Later in life, Jim taught in the Biology Department at Amarillo College, and found this to be fulfilling! Texas became his home that he loved, but he never forgot his birthplace and attended many Nebraska football games. . .cheering for his Cornhuskers! Flying missions with the Civil Air Patrol for 25 years (retiring as a captain) brought excitement for Jim. square dancing brought fun to Jim and Lucille for many years. Jim loved his family, extended family and relatives all over the United States. He loved his church, and the church family. He loved his community and his nation, and most of all, he loved his God! Those left to cherish his memory are his beloved wife Lucille Jane (Graham) Dunn, Sons David Wesley Dunn and wife Joanie, Dana James Dunn and Robin, Daughter Kathryn Jane (Dunn) Harrington and husbad Ron; Sisters-laws Mrs. William Dunn-Roberts Jerry Dunn-Mary Mrs. Carl Graham - Louise; nine grandchildren and three great grandchildren. He was preceded in death by Percy L and Ethel Dunn parents; brothers William V. and Jerry W. (twin) sister In law Hazel Luttig, brother in law Carl Graham, father and mother in law Harley and Anna Graham.
See more See Less

In Memory Of James Wesley Dunn