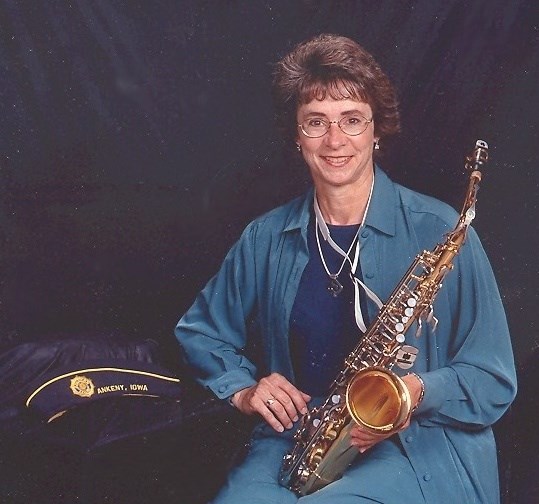 Janet L. Peterson Ankeny Janet L. Peterson of Ankeny, born May 30, 1950, passed away July 6, 2012 at Mercy Hospice in Johnston. She joined the Navy Nurse Corps in 1971 and retired as a Commander in 1991. She worked with the Iowa Department of Public Health until her retirement in May, 2012. Janet is past president of the Iowa Military Veterans Band, past commander and current officer of the American Legion, and an active member of the Ankeny United Methodist Church. Janet leaves behind four brothers and two sisters, Lynn (Julie) Peterson of Port St. Lucie, FL., Jean DeWitt of Longwood, FL., Dale (Jan) Peterson of Niceville, FL., JoAnn Newman (David) of Mission, TX., Ross (D.) Peterson of Grimes, IA., and Dan (Brenda) Peterson of Davenport, IA. She was predeceased by her parents, Robert G and Etta Mae Peterson of Pocahontas, IA. Janet will also be missed by many nieces and nephews and wonderful cousins. She made many good, loyal friends throughout her life and her family has appreciated their support during her challenges with cancer. Memorial services will be Monday, July 9 at 11:00 a.m., with visitation from 10:00 to 11:00 a.m. at Ankeny First United Methodist Church, 206 SW Walnut St., Ankeny, IA. A celebration of her life will be Wednesday, July 11, at 5:00 p.m., with visitation from 3:00 to 5:00 p.m., at Hope United Methodist Church in Pocahontas, IA. Janet will be missed by many. In lieu of flowers, memorials may be sent to any of the organizations she was involved in, or a charity of your choice.
See more See Less

In Memory Of Janet L. Peterson