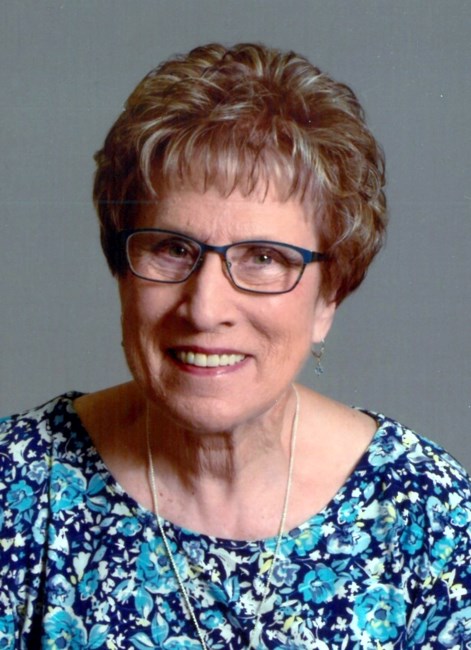 Ankeny Adored mother and grandmother Regina “Jeane” Appel, 83, passed away peacefully at her home on Wednesday, November 16, 2022. Visitation will be from 4:30 to 5:30 p.m. Monday, November 21, 2022 at Our Lady’s Immaculate Heart in Ankeny with a prayer service at 5:30 p.m. A visitation and funeral will also be held in Minnesota with burial at Woodstock Cemetery at a later date. Jeane’s life began on August 19, 1939, in Wilmont, Minnesota, to her beloved parents Lawrence and Monica Ohlenkamp. She spent her early years growing up in Wilmont until moving to Woodstock, Minnesota, to begin the first grade at the District 14 Country School. She remained a student at the country school until enrolling in Pipestone High school to pursue further education. Jeane was always a phenomenal student, excelling at everything she encountered. This would reign true for the entirety of her life. She proceeded to graduate high school in 1957, being awarded the peace pipe for her achievements as valedictorian. However, in typical Jeane fashion, she did not stop there. She continued on to attend Nettleton College in Sioux Falls, South Dakota, in pursuit of a business degree. The following years were spent exploring multiple job opportunities in the Pipestone area and attending numerous dances at the Hatfield ballroom. Soon after, Jeane met and later married Donald “Slim” J. Kor in Woodstock, Minnesota, on May 23, 1959. Upon marriage, Jeane and Donald were frequent attendees of the Holland fast-pitch softball games and the local bowling alley. The couple then established their home in Holland, Minnesota, where they would raise their three kids, Leighton (1962), Lance (1964), and Jodi (1966). Unfortunately, on October 25, 1967, Jeane’s husband, Slim, passed away in a tragic accident. In the years following, Jeane met Jim Appel, who she would later marry on November 1, 1969. Together, they relocated to a farm near Lake Benton, Minnesota, where they welcomed two children, Jason (1970) and Paulette (1976). Jeane was the ultimate homemaker. She spent much of her days caring for her children and their home, and despite all of this, Jeane remained a prominent member of St. Genevieve’s Catholic Church in Lake Benton. At St. Genevieve’s, she held multiple honorable positions, including the Council of Catholic Women’s (CCW) president and later on becoming the CCW president for the dioceses of New Ulm. As her children grew older, Jeane accepted a job at the Farm Service Agency (FSA) in Ivanhoe, Minnesota, where she worked for eighteen years until retirement. In 2012, Jeane decided to move to Ankeny, Iowa, where two of her children resided. In Ankeny, she remained devoted to her faith by becoming a member of Our Lady’s Immaculate Heart Catholic Church. She found community within the church through faith sharing groups including the Catholic Daughters of America. In addition to her faith, she found joy in gardening, cooking, canning, traveling, and never missed an opportunity to send a heartfelt card, or gift. She had many passions in life, but her family was always her pride and joy, especially hosting their annual lake vacations. Jeane is survived by Beth Kor (daughter-in-law), Lance Kor (JoeNell), Jodi Lambrecht, Jason Appel, Paulette Appel (Dawn); six grandchildren; and many relatives. She was preceded in death by her parents, Lawrence and Monica Ohlenkamp, and son, Leighton Kor. Memorials may be directed to Our Lady’s Immaculate Heart in Ankeny.
See more See Less

In Memory Of Regina "Jeane" A. Appel