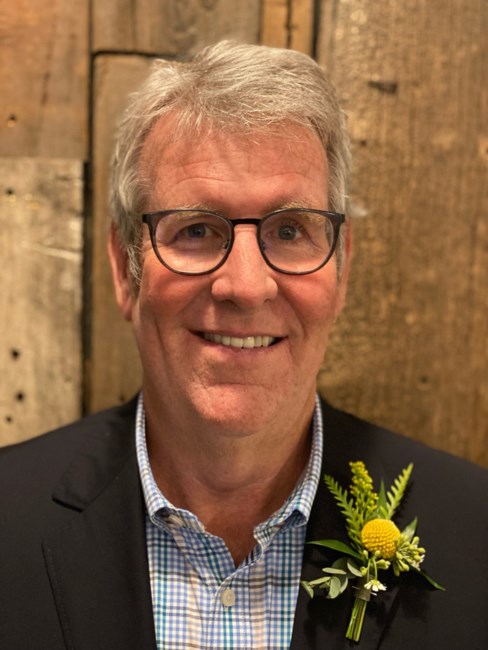 Dr. Donald Edward Conlon passed away on January 16, 2023, surrounded by his loving family, after a three-and-one-half-year battle with cancer. Don lived life to the absolute fullest, even the past three years — still spending time with family and friends, attending concerts, Cubs games, MSU football and basketball games, and traveling the world. He loved to travel, and his favorite city to visit was Paris. He grew up in New Hampshire and graduated from Bishop Guertin High School, an all-boys’ Catholic school — which, if you knew Don, is quite ironic. He attended the University of Delaware for one year and then transferred to University of Illinois, where he earned his bachelors and doctorate degrees. Upon earning his Ph.D. in 1989, he returned to the University of Delaware, being promoted to associate professor in 1993. After 10 years in Delaware, he joined the Management Department in the Broad College of Business at Michigan State University in 1998. He was promoted to professor in 2000, and he was honored as the Eli Broad Professor in Management in 2006, holding this professorship until 2016. He was then awarded the Gambrel Family Endowed Professorship in 2016. During his illustrious career as a professor of management, he was recognized internationally for his scholarship in organizational justice, managerial decision-making, negotiation, and dispute resolution. Don also contributed greatly to the academic communities in which he worked. He served as the chair of the Department of Management for twelve years. As department chair, he oversaw the development and launch of the highly successful M.S. in Management, Strategy, and Leadership. He also served as an associate editor for the Academy of Management Review, Chair of the Conflict Management Division of the Academy of Management, President of the International Association of Conflict Management, and in many other service roles. He also helped other professors share their work with a large audience by co-hosting the Broad College podcast series. Don was a beloved faculty member. He mentored numerous doctoral students and early career professors. One former student described him as the heartbeat of the management department. Given his professional accomplishments and personal attributes, it is not surprising that he received two of the most notable awards given to professors at Michigan State. In 2014, he received the Broad College’s most prestigious award, the John D. and Dortha J. Withrow Endowed Teacher-Scholar Award. In 2021, he received the William J. Beal Outstanding Faculty Award, one of the most prestigious awards for MSU faculty. Don’s professional accomplishments pale in comparison to who he was to his family and friends. He was a true friend, offering advice when asked for or just listening when someone needed compassion and empathy. He married the love of his life, Karin (Muenning) in May 1988 — and they enjoyed more than 34 years together. They were happy doing everything together, and they were happy doing nothing together. Karin and Don were truly soul mates. Their children, Kevin (Amy Crockett) and Kelly (Erik Bertilrud), are a reflection of the life they built together and the love they shared. It is a true blessing that Don enjoyed more than two years with his first grandson, Benjamin Storm Bertilrud (“Ben”), and was able to briefly meet his second grandson, Eli Edward Bertilrud, who was born just days before Don passed. Don loved music and could sing along to just about any song that came on the radio. He was known for his legendary Spotify playlists and would create one for anyone who asked in any genre (except maybe country). He was an avid concertgoer, having been to a gazillion concerts and music festivals around the world, including seeing Pearl Jam in London, Beck and Red Hot Chili Peppers shows in Paris, and cruising the Caribbean with the Dave Matthews Band. He was preceded in death by his father, Terence Conlon, and is survived by his wife, Karin; his two children and their spouses (named above); two grandsons, Ben and Eli Bertilrud; his mother, Julia Conlon; brother, Terry (Cindy) Conlon; sisters, Colleen Lathrop (Fred); and Julie Lemmon (John); mother-in-law, Hilda Muenning; and numerous extended family members including in-laws, nieces and nephews. Don has friends all over the world, and as such his memorial will be planned for spring of this year to allow for maximum attendance from near and far. In lieu of flowers, you may donate to https://rarecancer.org/donate/. Additionally, a scholarship in Don’s name is being established at MSU, and details will be forthcoming.
See more See Less

In Memory Of Donald Edward Conlon