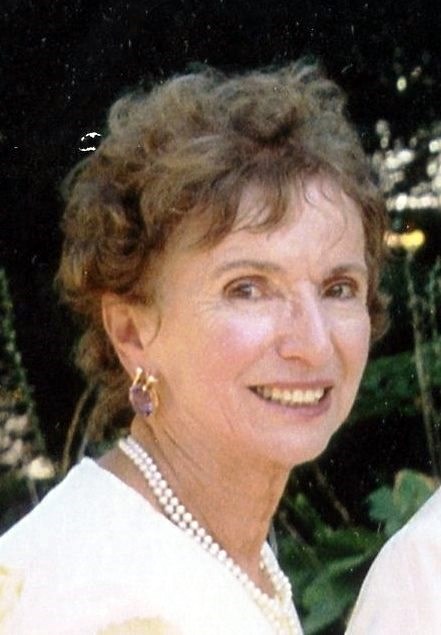 Elizabeth (Betty) Iorio Lemmer Born July 8,1931 - Passed into Eternal Life February 8, 2019. Betty was born and raised in Philadelphia, PA, to Luigi and Maria Iorio who immigrated from Italy in 1929. She was the youngest of five daughters. She attended and graduated from West Catholic High School and the Philadelphia College of Pharmacy at a time when few women were enrolled. In 1954 she married William P. (Bill) Lemmer of Ironwood, MI. He preceded her in death on November 14, 2002. She is survived by her 5 children and 8 grandchildren. Marie Lemmer (Craig Hupy); Peter (Alice)–children Mary, Nicolas and Emily; Paul–daughter Dana-Marie; John (Nancy)–daughters Meghan, Mandy, Shannon, and Katy; and Joseph (Laurieann). She is also survived by her brother-in-law Richard Hamilton and many nieces, nephews and cousins. Betty was preceded in death by her parents and her 4 sisters, Sr. Eleanor Christine O.S.F., Gabrielle Devine, Antoinette Iorio, and Marie Hamilton. Betty worked for the majority of her career as a pharmacist at the University of Michigan Hospitals; where she was employed for over 30 years. She was very passionate and active in the Right to Life movement for many years. She was a parishioner of St. Francis of Assisi Catholic Parish since 1961, and had a large giving heart for numerous Catholic charities. She had many talents, including making jewelry, solving Sudoko puzzles, and was an expert calligrapher. She loved to travel, especially to her childhood home of Philadelphia and spend time with her family at home and the Jersey Shore. Betty also loved spending time with her friends and will be greatly missed by all who knew her. A visitation will be held Wednesday, February 13 from 3-8pm, with a Rosary at 7pm, at Muehlig Funeral Chapel 403 S. Fourth Ave. in Ann Arbor. A Funeral Mass will be held Thursday, February 14 at 12pm, in state at 11am, at St. Francis of Assisi Catholic Church 2250 Stadium Blvd in Ann Arbor. Betty will be laid to rest at Washtenong Memorial Park. Those who wish may make a direct memorial contribution to the established William P. and Elizabeth I. Lemmer St. Francis of Assisi School Memorial Scholarship Fund, 2150 Frieze Ave., Ann Arbor, MI, 48104.
See more See Less

In Memory Of Elizabeth Iorio Lemmer