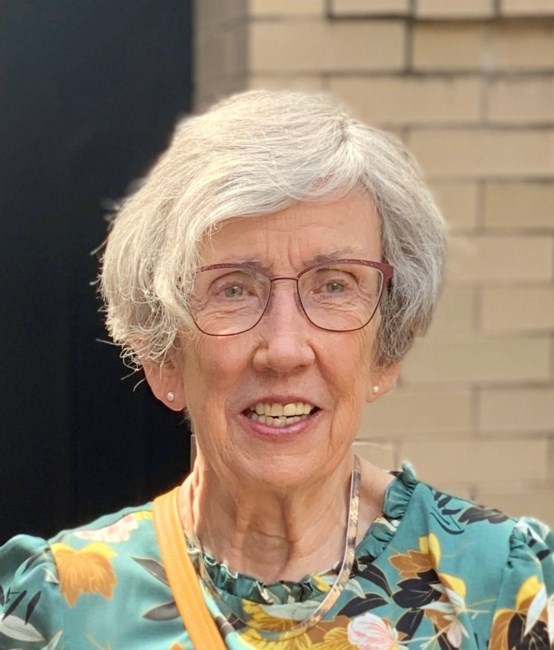 Emilyn Woodward Thomas Hess Kirkwood of Ann Arbor, MI passed away July 28, 2022 at the age of 77. Born to Emily Dowdell Thomas and Marion Bruce Thomas, Lyn was raised in San Antonio TX where she graduated from Alamo Heights HS in 1963. She attended Lindenwood College in St Charles, MO and Trinity University in San Antonio where she earned a Bachelor of Arts in Deaf Education in 1967, serving as president of Spurs sorority. Upon graduation, Lyn joined the Peace Corps, working in Kingston Jamaica with the Jamaica Association in Aid of the Deaf, beginning a long and dedicated career as a teacher, advocate and mentor on behalf of deaf and hard of hearing children. She married fellow volunteer, Joseph Hess in 1968. After completion of their tours, the couple moved to New Orleans, where Lyn worked in the public schools. After Joseph’s death in 1970, Lyn relocated to Amarillo, TX where she taught at the Amarillo Speech and Hearing Center. She spent a year abroad teaching the deaf in London, England in 1972-73, and then returned to Amarillo, where she became a teacher supervisor and established a parent education program. On December 21, 1974 Lyn was married to Dennis M Kirkwood of Amarillo, TX. She earned a Master of Arts in Education Administration from West Texas State University in 1975. In 1979 the Kirkwoods welcomed their only child, Emily Susan Kirkwood. In 1983 the family moved to Ann Arbor, MI. In 1984 Lyn began working in the Hearing-Impaired Program of the Ann Arbor Public Schools, teaching at the preschool, mentoring student teachers, and guiding families of newly-diagnosed deaf and hard of hearing children as a teacher consultant. She leaves a legacy of consummate skill and professionalism, kindness and dedication, delivered with wry wit and an open heart to a legion of grateful children, families and colleagues. She retired in 2010. After retirement, the Kirkwoods spent their winters in New Braunfels, TX. Lyn was preceded in death by her first husband, Joseph Hess; by her parents, Bruce and Emily Thomas; and by brothers-in-law N. Lawrence Francoeur, George Shumway and Rev. Armistead C. Powell. Lyn loved and was devoted to her family, who brought her the greatest joy. She is survived by husband Dennis of Ann Arbor, daughter Emily Kirkwood McGuire (Greg J McGuire) of Ann Arbor, and grandchildren Frances Margaret, Henry Thomas, Iris Mae, and Jude Xavier McGuire, sisters Virginia Thomas Powell of Jackson, MS and Dorothy Thomas Shumway of York, PA, brother-in-law Thomas P. (Mary) Kirkwood of Royal Oak, MI and sister-in-law Judith C. Francoeur of Adrian, MI., as well as numerous nieces, nephews, and friends, all of whom will mourn and miss her. Arrangements for cremation and a memorial service at a future date in Ann Arbor are pending. Gifts in memory of Lyn may be made to 1. Sunshine Cottage School for Deaf Children 603 E Hildebrand Ave San Antonio, TX 78212 (210) 824-0579 https://sunshinecottage.org 2. Alexander Graham Bell Association 3417 Volta Place NW Washington, D.C. 20007 (202) 337-5220 https://www.agbell.org
See more See Less

In Memory Of Emilyn Kirkwood