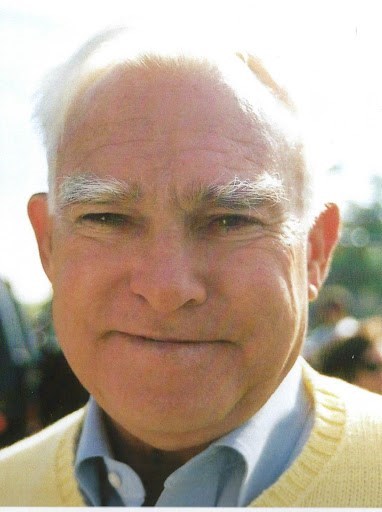 Dr. William Horace Graves, III, age 94, of Ann Arbor, Michigan passed away on Thursday, August 4, 2022, at The Residence at Arbor Hospice. William was born May 30, 1928, in Detroit, Michigan to Esther and William Horace Graves, II and was raised in Huntington Woods, Michigan along with his younger sister Nancy. William graduated from Royal Oak High School in 1946 where he excelled academically, was on the track team and managed the football and baseball teams. Attending the University of Michigan for his undergraduate degree, he was a member of Phi Delta Theta fraternity, managed the 1946 and 1947 baseball teams under legendary coach Ray Fisher, and received his B.S. in 1949. He continued his education at the University of Michigan Medical School, belonged to Nu Sigma Nu medical fraternity and graduated in 1953. That same year, he married Maryanna Larson of Grosse Pointe, Michigan (B.A., ‘53). Upon graduation from medical school, he began an internship at Denver General Hospital and Presbyterian Hospital, Denver, Colorado. As part of his medical training, William served his country in the United States Navy, Medical Battalion 1st Marine Division, in Korea, earning the National Defense Medal. Returning to Ann Arbor in the fall of 1956, William did his residency in the Department of Pediatrics at University of Michigan Hospital from 1956-58, later becoming a Clinical Associate. Because of his love of teaching, he earned “The Senior Award,” given by the Class of 1960 Medical School to the person who “has best filled the role of teacher as applied to both the science and the art of Medicine.” In 1960, he opened a private practice pediatric office on 1825 West Stadium Boulevard where he stayed for the next 46 years. A dedicated clinician, he prided himself on providing the best possible care for his patients. Over the years he developed “a wonderful respect for loving parents and the bravery children show when they are sick.” An avid Michigan football fan, William rarely missed a home game. With an encyclopedic memory of players and even specific plays, he loved to cheer on his beloved Wolverines. He was a member of the Bob Ufer Quarterback Club and always looked forward to organizing their yearly banquet. Aside from his professional accomplishments, William will be remembered most for his boundless energy, his gregarious nature, and his love of family and friends. He will be sorely missed. William is survived by his wife, Maryanna Graves; his son William H. Graves, IV; his son James Graves (Holly); his daughter Anne Merkel (Brian); his daughter Jane Bronson (Rob Guenther); and his grandson Nicholas Graves. William was preceded in death by his father William H. Graves, II and his mother Esther C. Graves and his sister Nancy S. Mead. A memorial service is planned for September. Please see www.muehligannarbor.com and click “Receive Notifications” above for future updates. Fond memories and expressions of sympathy may be shared at www.muehligannarbor.com for the Graves family.
See more See Less