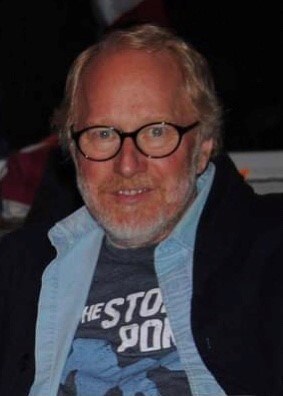 John Kenneth Polgreen, beloved husband, father, grandfather and brother died peacefully on September 29, 2022 surrounded by his family. He lived in Annapolis, Maryland. John was born on October 8, 1949 in South Minneapolis, Minnesota, to Beth and Richard Polgreen and lived a life filled with travel and adventure. He was a restless seeker, always wanting to discover new things and learn about the world. As a boy he and his family moved to Japan for 6 months, an experience that sparked his lifelong fascination with different places and cultures. He was drawn to Africa as a young man, heading off to Ethiopia as a college student to work among subsistence farmers. It was there that he met his first wife, Rahel Amossa, mother of his three children. John converted to the Baha’i Faith as a young man and was drawn to its teachings of racial and gender equality, world peace and harmony. His passion for helping the poor improve their lives would become his life’s focus. John graduated from Freehold Regional High School in New Jersey in 1967. He proudly attended St. John’s College in Santa Fe, New Mexico. He served in the US Army as a conscientious objector as a medic during the Vietnam War. He ultimately earned a masters degree and a PhD from University of Minnesota in agricultural engineering and vocational education. That work took him across the Global South, working for many different organizations devoted to poverty eradication. He loved the African continent most of all, living in Kenya and Ghana for many years with his family. John was a devoted father to his three children. He imbued them with a love of reading and ideas, always encouraging them to engage with the world and try to make it better with their words and deeds. He loved adventure, beautiful music and a good time. Most of all, he loved a delicious meal - whether it was spicy Ethiopian delicacies like doro wat or his beloved Chesapeake treats like oysters and crab cakes, John knew how to eat. John was always drawn to water, and was lucky to live near or on it, in Africa and in America. He loved the quiet serenity of lapping waves. After retiring from international development work, John began a new career as a consultant in information technology, working in the Washington area. His first marriage ended in divorce. In 2005, John married Pamela Neustadt St. John and they based their life together in Annapolis. Their shared love of houses, boats, dogs and cats, children and grandchildren, and wonderful friends brought them great joy and adventure. Drawn to all things offbeat, they laughed easily and enjoyed a great love. John focused his career on IT certification preparation and traveled the globe teaching classes in TOGAF Enterprise Architecture to hundreds of students. He saved the best job for last. He retired in 2015. John suffered from dementia. He maintained his gentle demeanor, he never complained, and always had a smile on his face. He died with his dignity intact. He is predeceased by his parents and his brother, Robert. John will be missed by his wife, Pamela, and his children, David (Lynda), Lydia (Candy Feit) and Daniel (Christie), step-daughter Rachel St. John, grandchildren Kyler, Avery, Elise, Wesley, Sophie, his brother Tom (Mel Rushton), his sister-in-law Trish, 2 nieces and 2 nephews as well as countless friends over many continents and decades. Friends are invited to a Celebration of Life on Friday, October 21, 2022 at 613 3rd St. Annapolis, MD 21403. In lieu of flowers, donations can be made in John’s name to the Human Rights Campaign or Planned Parenthood.
See more See Less

In Memory Of John Kenneth Polgreen