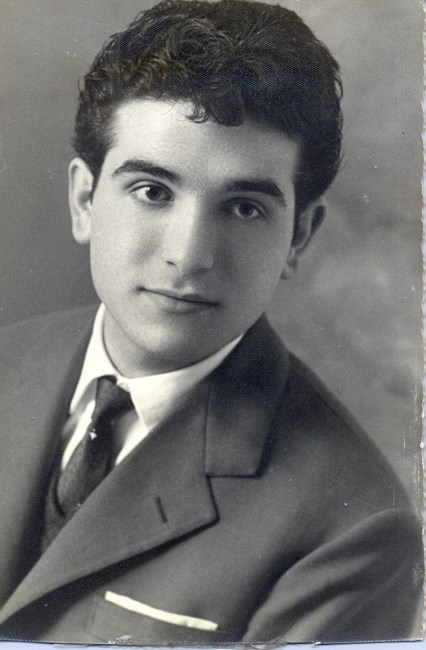 Michele Cannella, age 83, of Annapolis, Maryland passed away peacefully at home surrounded by his family on Friday, September 23, 2022. Michele was born August 26, 1939 in Muro Lucano, Italy. He is the beloved husband of 59 years to Rosa Cannella; devoted father of Dina Ebbert, and Michael Cannella; dear grandfather of Carmelina and Adriana Gilberto. Soon after immigrating to the United States in 1963 he began working as a welder at Trumpy's Yacht Yard, later working at Curtis Bay and eventually the United States Naval Academy. His experience as a welder led him to share his trade by teaching welding at South River Vocational High School. He enjoyed teaching the students so much that he became the girls’ soccer coach. Michele loved to travel each summer to Montreal, Canada where he became a staple of the immigrant Italian community. On his return trips to Annapolis, he would always pack his truck with Italian delicacies like fresh bread, cheeses, salamis and wine. Doing so helped him stay close to his home country of Italy which he loved so much. He was devoted to his family and loved his hometown of Muro Lucano, making several trips back to his birth place to visit. Hobbies included watching the Baltimore Colts and the Italian World Cup Soccer Team. He played bocce regularly, and was even featured in an article in the Capital newspaper. A Mass of Christian Burial for Michele will be held Friday, September 30, 2022 at 10:30 AM in Saint John Neumann Catholic Church, 620 N. Bestgate Road, Annapolis, MD 21401. Interment Saint Mary Cemetery.
See more See Less

In Memory Of Michele Cannella