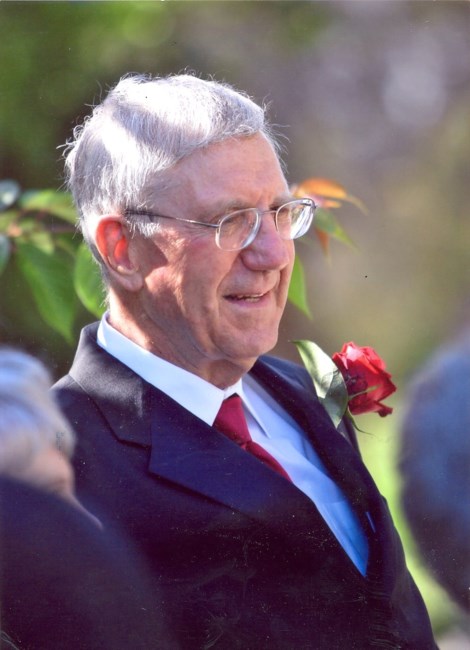 Richard Maslana passed away peacefully at home while receiving the kind attention and care from his wife JoAnn Saturday, April 2, 2022. Richard was born in Deadwood, South Dakota. He grew up in nearby Lead raised by his beloved and devoted mother Eleanor and grandmother Mary. They were devout Catholics which Richard observed throughout his entire life. He attended Lead High School excelling in sports and graduating in 1954. Richard enlisted in the United States Navy in 1956 and served at bases in Guam and San Diego, California. He was honorably discharged in 1959 receiving a Good Conduct Medal (First Award). He was a reserve from 1960-1962. While living in San Diego he met his first wife Martha. After their engagement they relocated to her birth home of Syracuse, New York and wed in 1960. Richard began his professional work career at General Electric. He attended Syracuse University evenings studying Business Administration. While employed at GE he was in the Military Division in the materials department. As the Vietnam war wound down he began to explore new opportunities. The search led him to the infant Silicon Valley, California setting in the town of Pleasanton. Richard ascended within Operational Management while with a number of large successful well known companies, among them Atari, Memorex and Xerox. While with Centronics a General Manager position took the family to Ireland. Upon his return to the states he took a position running US Design in Lanham, Maryland. There he met his future wife JoAnn. A new job returned him to California and they married in 1996. They lived in Los Gatos and San Francisco while he was the President of Farallon Computer. After arranging the sale of the company they relocated to Annapolis, Maryland where they enjoyed time at their properties in Rehoboth Beach, Delaware and Coronado Island San Diego, California, in addition to travel, sailing in Chesapeake Harbor and socializing with friends. Richard and JoAnn’s Catholic faith was an important part of their lives together. They religiously attended weekly services at Saint Mary’s Church in Annapolis. His other passions were work, sports and finance. He was an avid New York Yankees fan. He coached youth sports (baseball and football). He enjoyed investing, closely monitoring the stock market meticulously charting, reading periodicals and watching related television shows. Richard will be dearly missed by family, friends, professional colleagues and all who knew him. He is survived by spouse and partner JoAnn. Richard loved and was supportive of his family. He is survived by his four children, sons Michael (Kimberley), David (Ina), Daniel (Collette) and daughter Mary (Christopher), four grandchildren Justin (Kelsey), Jacob, Owen and Anna, additionally his extended family members step-daughter Kirsten (Timothy) and their children Jack and Emily. He leaves behind two siblings Robert and Eugene. Richard is preceded in death by parents Louis and Eleanor, brother Louis and sisters Mary and Joanne. A visitation will occur Thursday, April 21, 2022 from 6:00 PM to 8:00 PM, 147 DUKE OF GLOUCESTER ST, ANNAPOLIS, MD 21401. A funeral service will occur Friday, April 22, 2022 from 10:30 AM to 11:30 AM at St. Mary's Church, 109 Duke of Gloucester Street, Annapolis, MD 21401. Fond memories and expressions of sympathy may be shared at www.johnmtaylorfuneralhome.com for the Maslana family.
See more See Less

In Memory Of Richard Maslana