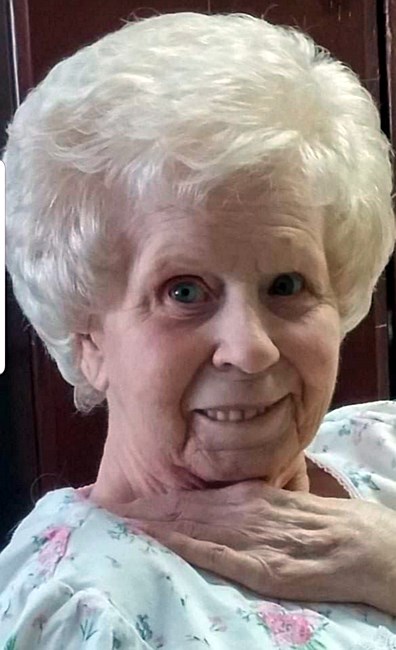 Trinity, NC Ruby Jacqueline "Jackie" Fowler, age 87, went to be with her Lord and Savior on Sunday, January 22, 2023. Ruby was born at home in Davidson County, March 30, 1935, a daughter of the late Carl and Edith Yates Lambeth. She was a homemaker for many years and then worked at Custom Samples. Ruby was married to Wade Harold Fowler in 1958, and he passed away in 1989. She was also preceded in death by two sisters, Doris Lambeth and Rachel Jordan. Ruby was a lifelong member of Cid United Methodist Church. Surviving are two daughters, Karen Freeman and Velina Clark (Robbie); five grandchildren, Deanna Wilson, Jason Freeman, Amanda Phillips, Ashley Clark and Dylan Bare; eight great-grandchildren, Cameron and Ansley Wilson, Emma Freeman, Carlee and Branson Phillips, Amelia, Ava and Lilah Swanick and Casen Lay, due in February; two sisters, Diane Short (Dexter) and Brenda Nance; two brothers, Max Lambeth (Wanda) and Ronnie Lambeth (Pat); and numerous nieces and nephews. She was a strong and Godly woman. Ruby was a dedicated and caring wife, mother, and grandmother, and her daughters will be forever grateful for the simple life, and Godly guidance she provided in their lives. A Celebration of Ruby's life will be held at 2 p.m. Friday, January 27, 2023, at Cid United Methodist Church by Pastor Doug Rowe. Burial will follow in the church cemetery. The family will receive friends at the church from 1 until 2 p.m. Friday. Fond memories and expressions of sympathy may be shared at www.AdvantageArchdale.com for the Fowler family.
See more See Less

In Memory Of Ruby Jacqueline Fowler