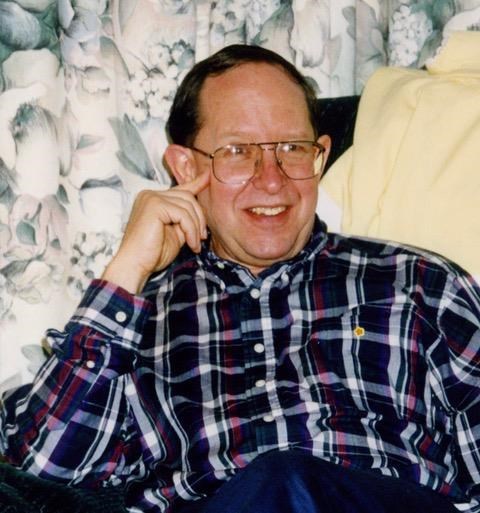 Joseph R. Taylor His time here on earth was a beautiful, crazy, genuine, wonderful, generous, other-focused, giving, joyful, grateful, blessed, Christ-like life. His love was unconditional. His gentle, listening presence was comforting. His passion for peace and justice was inspiring and motivating. His integrity flawless and his compassion global. Joe arrived on earth July 7, 1941 in LaPorte, Indiana to parents Robert and Helen Taylor where he grew up the oldest of eight. He journeyed to his heavenly home December 19, 2021. For Joe, God came first. Family next. Mourning his earthly presence are many. FAMILY: His wife, Audrey, 7 children with 22 grandchildren 1. Bobbie Pasquesi—with Justin & Rachel, Ben & Shanna, John Michael, Charlie; 2. Joanne (Colin) McCormack—with Rosie, Colin, Aidan; 3. Marie (Craig) Duetsch—with Alyssa, Mark, Audrey: 4. Agnes (Matt) Knott—with Emma, Jack, Abby, Taylor; 5. Julie Cowen—with Maddie & Carter; 6. Joe F. Taylor—with Joey, Connor, Kaitlin; 7. Susan (Paul) Ratzki—with Wally, Lucy, Julie. This family to help build the Kingdom of God is Joe’s greatest legacy. SIBLINGS & IN-LAWS: Mary Gineman, Martha (Lester) Taylor, Mike (Judy) Taylor, Rita (Gerry) Bambrick, Beth (Don) Lopotko, Bobi (Mike) Tierney, Beverly (Pat-deceased) Taylor, Agnes Gamalski, Bob and Vilai Gineman. FRIENDS: Those who shared High School years at St. Mary’s in Michigan City, Indiana. College friends from Loyola University where Joe earned 3 degrees--a B.S and M.A. (math) and M.P.S. (ministry). Friends in Palatine, Il. where he resided for 47 years and worshiped God at both St. Theresa’s and St. Anne’s Catholic Church. Also at St. Raymond’s and the Moorings Community in Arlington Heights, Il. where he has lived since August of 2015. COLLEAGUES at Loyola Academy where Joe dedicated half of a century (53 yrs) to serving young people and living to be a “Man for Others”. He held three positions at the Academy serving as Math Department Chairman & classroom teacher, Chairman and early founder of Campus Ministry, and Chaplain to the faculty and staff. His passion for peace and justice led him to the poor in Chile. It found an outlet in Amnesty International ministry and creating Service opportunities for Loyolans. His strong desire to make God’s fierce love REAL to young people made decades of KAIROS retreats another focus of his ministry. He enjoyed and humbly received several awards: Educator of the year twice and the Daniel A. Lord Award for service to young people. Part of his educator legacy is a scholarship some fellow teachers established in his name.* His wife teases him that it took him 53 years to get out of high school, but even in death Joe is still educating others. His brain has been donated to Parkinson’s research and his body to the Anatomical Association to further education in Medical Schools. Joe’s favorite hobbies were golf and gardening. He patiently endured his later years when Parkinson’s disease made both impossible. Fortunately, he was an enthusiastic sports fan and could still enjoy watching Notre Dame, the Chicago Bears and Cubs. Joe Taylor was an extraordinary human being who strived to embody his favorite quotes: “Walk the Talk” and “Live Simply that Others Might Live” and “Know How Much God Loves YOU!” *In lieu of flowers, the family asks that donations be made to the Joseph Taylor Boys Hope Girls Hope Scholarship at Loyola Academy, 1100 Laramie Ave. Wilmette, IL 60091 or at goramblers.org/donatenow (please designate the Joseph Taylor Boys Hope Girls Hope Scholarship) A Memorial Visitation will be Sunday, January 2, 2022 from 1-6 PM at Lauterburg & Oehler Funeral Home, 2000 E. Northwest Highway, Arlington Heights and Monday, January 3 from 9:30 AM until the time of the Memorial Mass at 10:30 AM at St. Raymond de Penafort Church, Elmhurst Road (Rt. 83) and Lincoln Streets in Mt. Prospect. Interment will be private.
See more See Less

In Memory Of Joseph R. Taylor