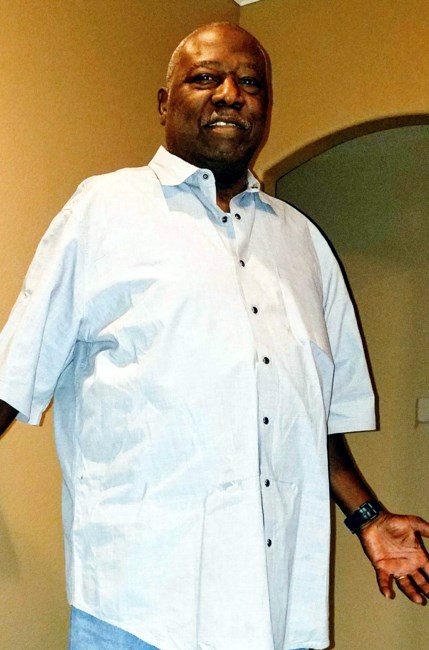 Allen Lee Bell Jr. was born May 20, 1954 in Victoria, Texas to Juanita and Allen Lee Bell, Sr. Allen attended and graduated from Polytechnic High School of Fort Worth, TX. He studied Architecture at the University of Texas at Arlington. Allen met and married Cynthia Nickerson in 1982 in Fort Worth,Texas. To that union, two children were born. He was a faithful servant of God who became an ordained deacon at his church in 2006. He held many titles and served as the Men’s Sunday School Teacher and Finance Chairman. Allen’s career with the railroad spanned 43 years with Santa Fe & Dallas Area Rapid Transit (DART). He was recognized for many achievements and awards during his career. Among his many accolades, the highest honor was accepting the Cyrus K. Holiday Founder’s award that he received in Chicago, Illinois presented by the president of Santa Fe in 1995. Allen adored his family and friends and It brought him extreme joy to have cookouts and BBQ at home for them. He enjoyed the outdoors and LOVED fishing! Allen loved and cared for his wife, children and grandchildren until his passing. He was preceded in death by both parents Allen Bell, Sr. & Juanita Luke Anderson. His brother Richard Dean Bell and sister Patricia Ann Bell. Allen leaves to cherish his memories: Wife - Cynthia Bell, Daughter - Oreal Ward (Leslie Ward), Son - Allen Bell, III (Lisa Bell), granddaughters Nariyah La’rae Bell and Brielle Nicole Bell, Aunt - Mildred Jackson, and a host of family and friends. Visitation: 11 am to 1 pm, Saturday, May 14, 2022 at Moore Bowen Road Funeral Home, 4216 S. Bowen Rd., Arlington, Texas 76016. Memorial Service: 1 pm, Saturday, May 14, 2022 at Moore Bowen Road Funeral Home.
See more See Less