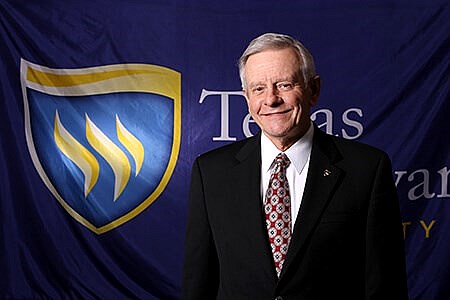 Rodney Erakovich was born September 11, 1946, in Chicago, Illinois. Rodney Erakovich Sr. passed away Saturday January 15, 2022. Rodney spent his school years in Pardeeville and Barrington Illinois until he enlisted in the United States Army in 1964 at the age of 18. Rodney’s military career lasted 27 years including a tour in Vietnam from 1966 -1967. Rodney began his military career in the infantry; was chosen to attend officer’s candidate school and went to Vietnam as an infantry second lieutenant. Upon returning from Vietnam Rodney attended flight school in Texas in 1968. Over the span of his military career, he became qualified in fixed wing and multiple rotary wing helicopters including the chinook. While stationed at Fort Rucker, Alabama as an instructor pilot Rodney completed his bachelor’s degree in aeronautical science and a master’s degree in Business Administration in management from Embrey Riddle University. Rodney retired from active duty in 1992 from Dallas Naval Air Station. After retirement from the military Rodney took a position with the immigration and naturalization service in Dallas Texas. Rodney worked for the federal government for several years and one of his major assignments there was in executive leadership and management. While working for the INS Rodney also provided training for the Texas Border Patrol. Rodney began working towards his doctorate while at the INS and graduated with a Ph.D. in public administration from the University of Texas at Arlington in 2005. Rodney worked as a visiting assistant professor of management from 1999-2004 at Texas Wesleyan University and rejoined the Texas Wesleyan faculty as a full-time tenured professor in 2008. Rodney taught undergraduate international management and management theory and practice courses in the undergraduate BBA program at TWU. Rodney also taught research methods in the MBA program at TWU as well as health policy and management in the Doctorate in Nurse Anesthesia Practice program. Rodney also worked for Midwestern State University, Southern New Hampshire University, University of Colorado, Upper Iowa University, the University of Texas at Arlington, Embrey Riddle University, and Cappella University. Rodney also consulted with organizations and did quite a bit of international work in Ukraine, Serbia and Montenegro, in the private and public sector. In addition, Rodney has presented and published articles and book chapters on management, organizational culture and ethics. Rodney is survived by his wife of 42 years Cathy, his sister Edwina Empereur and her husband Gene, sons Rodney Erakovich Jr. and his wife Bernadette, David Descoteau and his wife Karla, Mickey Marrone and his wife Kristy, his beloved daughter Samantha Erakovich Wallace and her husband Lucius, Susan Johnson; grandchildren Whitney Walker and her husband Clay, Hayley Vier and her husband Keaton, Elana, Christopher, Sabrina Erakovich, Jackson Descoteau, Naia Wallace, Maia Wallace, Isaiah Erakovich, Easton Descoteau, Seth Erakovich; five greatgrandchildren and many beloved nieces nephews and dear friends. Rodney was preceded in death by his parents Simo and Ljubetza Erakovich, sisters Patricia Soby, Helena Peters, Ramona Lucas and Veronica Erakovich, his son Jeremy Micheal Descoteau and grandson Wyatt Descoteau. A funeral service for Rodney will be held Wednesday, February 2, 2022 at 12:00 PM at Advent Lutheran Church, 3232 S. Cooper St., Arlington, TX 76015. Following the funeral service will be a committal service at 2:30 PM at Dallas-Fort Worth National Cemetery, 2000 Mountain Creek Pkwy, Dallas, TX 75211. Fond memories and expressions of sympathy may be shared at www.moorebowenroad.com for the Erakovich family.
See more See Less

In Memory Of Rodney Erakovich Sr.