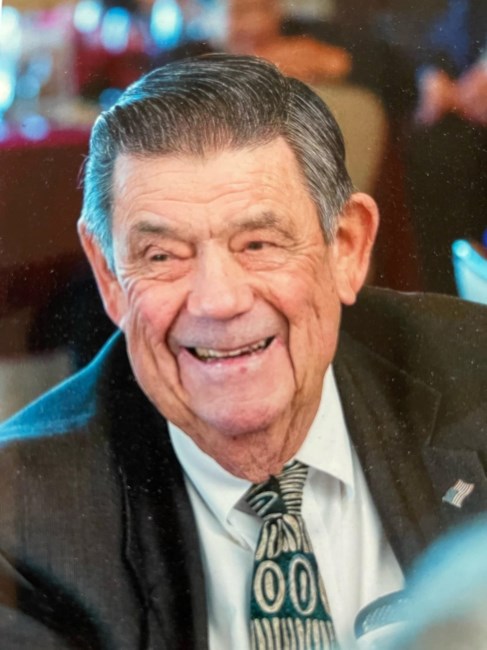 David Loren DeLong, 81, of Arlington, Virginia went to the Lord on April 30, 2022. He was surrounded by his loving wife, Carole of 41 years, and his two sons, Mark and Jeffrey. David was born in East Orange, New Jersey to Delevan DeLong and Beatrice (Johnston) DeLong on May 11, 1940. He spent his entire childhood in Chatham, New Jersey, graduated from Chatham High School, and remained a leader in his class for alumni activities throughout his adult life. He received his bachelor’s degree from Roosevelt University and his Masters of Business Administration through the Navy. David attended Navy Officer Candidate School in Newport, Rhode Island and was commissioned as an Ensign in 1964. He served in Vietnam aboard the USS Worden as a Supply Corp Officer. After subsequent assignments including Harold E. Holt Naval Air Station, Exmouth, Australia and Glenview Naval Air Station, Illinois, he left the active duty Navy. Lieutenant DeLong transitioned to the Navy Reserves in 1974 and retired as a Captain in 1992. He also proudly served as a Department of the Navy Civilian for over 25 years as a Logistics Management Specialist until his retirement in 2000. Among David’s awards and commendations were the Vietnam Service Medal, National Defense Service Medal, and Civilian Meritorious Service Medal. David was an active and involved member of Army Navy Country Club (ANCC). He served on the Board of Governors and as Chairman of the Golf and Greens Committee for many years. Most importantly to him, David received the Green Jacket from ANCC, an annual tradition in recognition for meritorious service to the club. David was an avid golfer and leader of many golf organizations throughout his life. Family meant everything to David. He loved the 41 years he spent with Carole living the dream of golf and traveling together to amazing locations with friends and family. He was also unabashedly proud of being the father to his two sons. He beamed with pride with every accomplishment and milestone from first steps through the birth of grandchildren. While David loved his wife and family, he also loved his friends, he loved his golf, he loved his home, he loved his garden, he loved his club, and he loved living his life to the fullest. It was always five o’clock somewhere and there were glasses to be raised. The moment you met him, you were welcomed to the party, to his home, and to his loyalty. The moment he met you, he remembered your name. He was known by many names to so many people; Dave, Captain DeLong, Little Teko, Big Rabbit, Dad, Uncle Dave, Grandpa D; his legacy lives on in many. David is survived by his loving wife, Carole, his sons Mark (Emily) and Jeffrey (Susan), four grandchildren, Matthew, Ryan (Alexis), Alex, and Amelia, as well as his brother John (Judy) and numerous nieces and nephews. He was blessed to have large and loving family. A memorial service will be held at the Lady of Lourdes on May 21, 2022 at 11:00am with a reception immediately following at the church center. There will be a Celebration of Life for David at the Army Navy Country Club on June 18, 2022 from 10:00am to 1:00pm. His burial at Arlington National Cemetery will be determined at a later date. His family requests that in lieu of flowers, please consider memorial donations to: Tunnels to Towers Foundation https://t2t.org/donate Our Lady of Lourdes Catholic Church https://olocc.net/give
See more See Less

In Memory Of David Loren DeLong