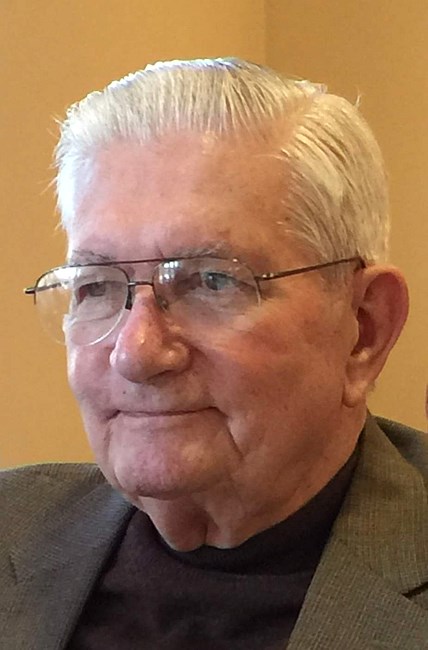 George C. Towner, Jr. died peacefully on 25 October 2021 at Goodwin House Bailey’s Crossroads, Falls Church, VA. Born January 23rd 1931 in Baltimore, Maryland to future VAdm. George C. and Margaret Towner, George lived the life of a Navy child, moving variously from coast to coast. He was the second of three children, having an elder sister Peggy, who died as a toddler, and a younger sister Patricia. His mother died in 1937, but his father soon remarried to Elizabeth Engesser of New York City. George was child of 10 living in Honolulu HI when the Japanese attacked Pearl Harbor, and he often recalled the experience of blackouts and randomly fired anti-aircraft shells landing around their home. In April 1942, the family left Hawaii for Montana to stay with George Sr.’s parents in Fort Benton, remaining in Montana until the family moved to Rochester after the war. George graduated from Princeton University in 1952 and having participated in Army ROTC was sent to Korea and officer in the 48th Field Artillery, 7th Infantry Division. To his good fortune, the conflict ended while he was enroute, and he spent the better part of the next 9 months along the newly established Demilitarized Zone (DMZ.) Upon his return, George attended Harvard Law School, graduating in 1956. Upon passage of the bar exam, he took a position with the Arlington, Virginia law firm of Simmonds, Colburn, Culler, and Damn, where he would become a partner and practice civil law for the better part of the next 65 years. Over the last 15 years, George Jr. also served as a Hearing Officer for the Commonwealth of Virginia, resolving administrative disputes, facilitating negotiations, and issuing legal decisions. In 1956, he met and fell in love with his sister’s housemate, Clara Fitzpatrick of Plattsburgh, New York, and in August 1957 the couple were married. They had 5 children: George III (1958,) Martin (1959,) John (1960,) Matthew (1965,) and Elizabeth (1969). George was a dedicated and responsible husband over 52 years of marriage, especially caring for Clara daily over many years of prolonged illness. Together they were active members of St. Agnes Roman Catholic Church in Arlington, Virginia, where George served numerous roles on Church development and finance committees. Over his more than 60 years in Arlington and Northern Virginia, George, Jr. was an impactful community leader helping shape the face of the region through a wide range of service. One of the true pioneers of Virginia soccer, George Jr. founded the Potomac Kiwanis Soccer Club in 1969, and served variously as President, Treasurer, Coach, and Club Manager. In 1970, he helped to found the Arlington Soccer Association, serving as an officer and until recent years a Board member. Today the Association, has 5,900 players and 540 teams. George was also elected President of the Virginia Youth Soccer Association (VYSA) in 1982, serving until 1985. He also served as US Youth Soccer (USYSA) Sub Regional Director, USYSA Regional Director, and on the US Soccer Federation (USSF) Board of Directors. He has held numerous committee chairmanships with both USYSA and USSF, and wrote a weekly soccer column for the Northern Virginia Sun. For his service, George Jr. received the Arlington Interservice Club Council’s “Man of the Year” for youth soccer development (1970), the Virginia Parks and Recreation Society’s award for “Outstanding Support and Achievement for Volunteer Services” (1973) and selection by Better Sports Club as the Arlington “Sportsman of the Year” (1989). He was inducted in the Virginia-DC Soccer Hall of Fame in 2001. George was a longtime supporter of Arlington and Northern Virginia parks, serving as chair of the Parks and Recreation Commission throughout the 1970s. He further represented Arlington to the Northern Virginia Regional Park Authority from 1979 to 1997, where he served a tenure as Director in the 1990s. Under his leadership, the Park Authority successfully advanced numerous park bond initiatives that have contributed greatly to the local and regional park system we enjoy today. In 2008 George earned the Bill Thomas Park Service Award in 2008, the highest honor given to Arlington Park and Recreation volunteers. He continued serving on the Arlington County Sports Commission until 2016. Over the last decade, George has lived at Goodwin House Bailey’s Crossroads, maintaining a modest legal practice, making many dear friends, and actively involving himself in resident affairs. He also became increasingly involved in the Princeton Class of 1952 alumni group, serving in various leadership roles, and attending class gatherings. He served recently as the group’s treasurer and ran its newsletter. George Towner, Jr. leaves behind his 5 children, 8 grandchildren (Bryn, Patrick, Zachary, Zoe, Aileen, Natalie, Clara, and Rachel,) and one great grandchild (Reese.)
See more See Less