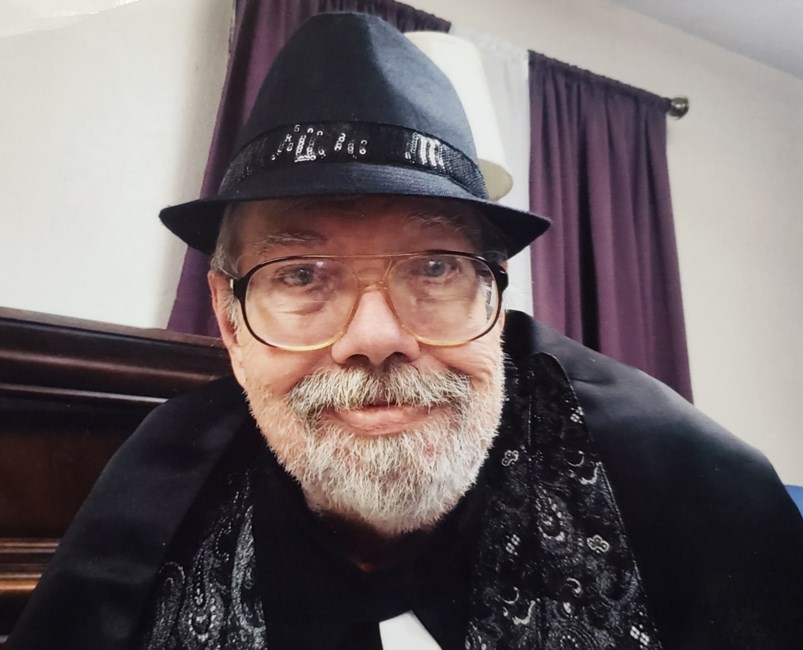 The man. The myth. The legend. Stories will be told for years about Bruce Robert Mausshardt, who left for his eternal band gig on April 20, 2020. After an 11 years long battle with Alzheimer’s disease, the Coronavirus swooped in and loaded him in the tour van rather quickly. A lifelong musician, Bruce began tickling the ivories at 5 years old and never stopped. He became proficient in many instruments, but mostly played keyboard and piano with multiple bands over the years. Even as Alzheimer’s took over his mind, you could play a song and he would play “air piano” and move his lips as though he remembered the lyrics. In addition to music, Bruce loved all things St. Louis. World Wide Magazine, Forest Park, Elicia’s pizza, and Mom’s Deli are among his favorites. A loving and devoted family man, Bruce adored his daddy and his mama, Robert and Nancy (nee Taylor) Mausshardt, who both preceded him in death and who are most certainly excited to see him on the other side. He admired his big brother David (the late Peggy) Mausshardt. Bruce loved and appreciated the lifelong companionship of his best friend, Bob Wallace. Most of all, Bruce loved the ladies in his life! He cherished the love of his life and wife of 38 years, Allie (Waynick) Mausshardt, who will no doubt miss him immensely. Bruce was the hero in all the adventures for his precious daughter Elizabeth Mausshardt, whom he doted on from the day she was born. He strived to give the best possible life he was able to Elizabeth, as well as his step-daughter Robin Tenshler. In addition, he and Allie unexpectedly rescued their niece, Christina Brown (Smith), from a certainly uncertain childhood and enjoyed teaching her about the importance of education, life, taxes, and all things St. Louis that he loved, as if she were his own. All of his ladies were lucky enough to share him with his favorite robe, which he donned around the house like a uniform any time he wasn’t working and his wonderful and eccentric sense of humor. Bruce also leaves behind his loving grandchildren Iris Atkins, Allie Bush, and Brendan Bush, as well as his loving cousin Joan Davidson. When the tour van pulls up to his next gig, he will no doubt be greeted by his aforementioned parents, his grandson George Preston Bush III, his friend and son in law George Preston Bush Jr., and his bestest grand dog Zeus, who ran ahead to check things out just last week and has been patiently awaiting a belly scratch. Bruce was beloved son in law, brother in law, uncle, great uncle, cousin, and friend to many. He will be greatly missed by all. Bruce’s family will hold a celebration of life at a later date. They ask that in lieu of flowers, donations be made to the Alzheimer’s Association. Condolences may be offered at heiligtagfunerahome.com
See more See Less

In Memory Of Bruce R. Mausshardt