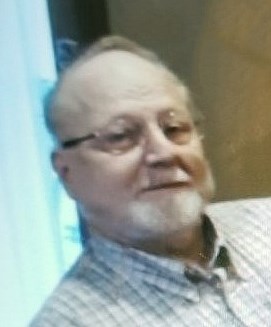 Richard “Dick” Paul Ames, 76, of Ashland, passed away Saturday, July 30, 2022 at UH Ashland Medical Center. Born October 1, 1945 in Ashland, he was the son of William and Eva (Finley) Ames. Dick was a 1964 graduate of Ashland High School and went on to work for Budd Company for 25 years. He then worked as a machine operator for Bosch and was proud to be a Union Steward. Family was very important to Dick and he was a former member of Grace Church (Grace Brethren Church) where he enjoyed Bible study. Dick was a member of the Fraternal Order of Eagles, the Moose Lodge and the Masonic Lodge. He enjoyed spending time on his pontoon boat, riding motorcycles and playing pool. He is survived by his significant other, Brenda Ferguson; his daughters, Billie Jean Slayton and Kathy Wood; his grandchildren, Douglas Slayton and Shelbi Slayton; several great grandchildren; his brother, Danny (Paula) Ames; his sister, Betty (Mel) Sanborn; and his sister-in-law, Jane Ames. In addition to his parents, he was preceded in death by his brothers, William and Charles Ames. A Celebration of Life will be held from 2:00 – 6:00 p.m. on Saturday, August 6, 2022 at the Clubhouse at The Meadows at Pheasant Run, 1035 Deer Crossing, Ashland, Ohio 44805. The Ashland Home of Wappner Funeral Directors is honored to serve the family.
See more See Less