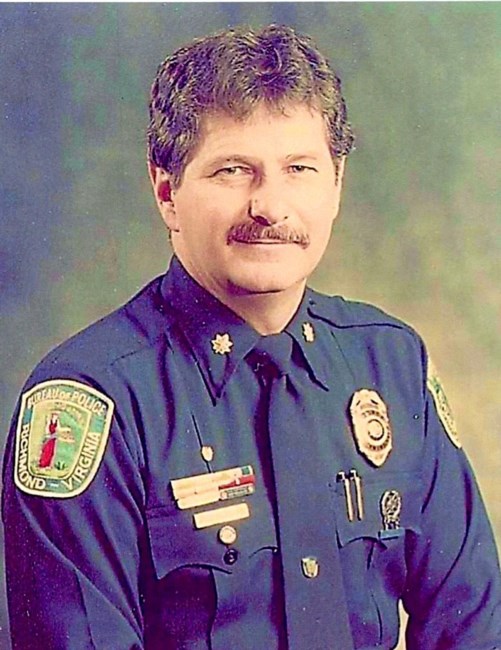 Attila Steve Csaky, died on May 4, 2022. He was predeceased by his father Fred, his mother Gizella, and his brother Tibor Jack Csaky. He is survived by his wife Mary Louise Stafford, his brother Ernoe Csaky (Sharon), stepsons, Josh (Crystal), and Mason (Allison) Haymes, and grandchildren Sidney, Benjamin and Henry Haymes, and nieces and nephews. Steve was born in Hungary in 1938. In 1944 he and his family abandoned their home and possessions to escape occupation by the Soviet Army. The family worked in Germany until 1950 when access was granted to immigrate to the United States. Steve joined the Richmond Police Department in 1959 as soon as he turned 21 years old. He rose through the ranks reaching the rank of Major and served as Deputy Chief of various operations and departments. He was a proud graduate of the Federal Bureau of Investigations’ National Academy. At his request, there will be no service. Fond memories and expressions of sympathy may be shared at www.NelsenAshland.com for the Csaky family.
See more See Less

In Memory Of Attila Steve Csaky