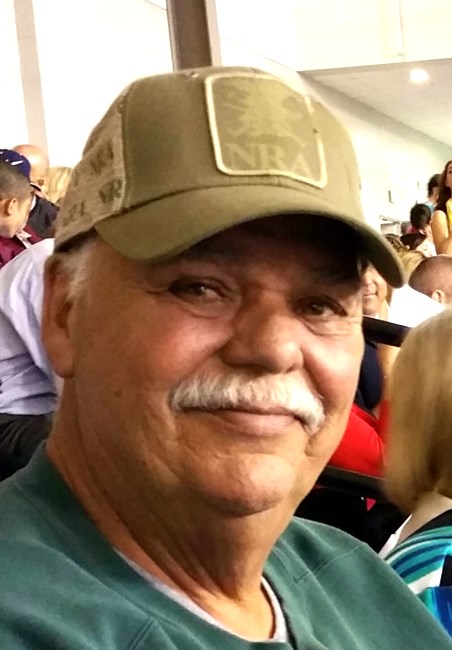 David John Gendron, age 76, of Ashland, Virginia passed away on Sunday, January 16, 2022. David was born September 10, 1945. He was preceded in death by his parents David and Neva Gendron; Wife, Carolyn Gendron; Son, David Knuckles; and Brother, Joe Gendron. He is survived by his Children, Clifford Gendron (Shari), Joseph Gendron (Amanda), Wayne Knuckles (Aleasa); Grandchildren, Brandon, Alec, Analease, Aylssa, and Amber; Siblings, Jerry, Patrick, and Debbie; and a numerous host of beloved Great-Grandchildren. During his early adulthood David entered into the United States Air Force. He was a jet engine mechanic who worked his way up the ranks into the position of sergeant. During his career he was highly skilled electric Lineman who had over 50 years experience. He worked for multiple major electrical companies such as Virginia Power and C.W. Wright. He was an avid outdoors man who enjoyed hunting, fishing, and just being outside in general. He was a family man who loved his family. David was always thinking of ways he could help others no matter who it was. He will be missed dearly by his family and friends. A visitation will be held for Mr. Gendron on Thursday, January 20th from 4PM to 8PM at Nelsen Funeral Home, 412 S. Washington Hwy., Ashland Virginia, 23005. A graveside service will be held the following day Friday, January 21st at 12PM at Roselawn Memory Gardens at 13389 Mountain Rd, Glen Allen Virginia, 23059. The Graveside Service can be seen at this link : https://vimeo.com/667453553 Fond memories and expressions of sympathy may be shared at www.NelsenAshland.com for the Gendron family.
See more See Less

In Memory Of David John Gendron