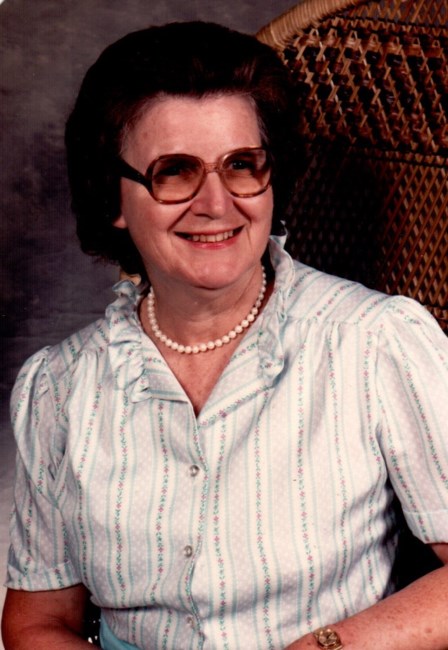 Edythe Millar, 92, of Caroline County, VA passed away July 17, 2017. She was born February 26, 1925 at her home in Pittsburgh, PA and grew up in Bethel Park, PA. Edythe was employed by the National Weather Service as a meteorologist. While working in Toledo, Ohio she met her husband and fellow meteorologist, Glenn Frederick Millar. They married on June 12, 1950 at Bethel Presbyterian Church in Bethel Park, PA. They made their home in Woodbridge, VA where they owned and managed Potomac View Motor Court and Mobile Home Park. They were founders and charter members of Covenant Presbyterian Church in Woodbridge where Edythe remains a member. After moving to Lake Caroline in Ladysmith, VA they attended Ashland Presbyterian Church in Ashland. She was a member of the First Virginia Good Sam Camping Club and Mid Atlantic Germanic Society. She was predeceased by her husband, Glenn F. Millar, Sr.; son, G. Frederick Millar, Jr.; parents Elmer and Olive Hoff; brothers, Elmer Hoff, Jr. and Donald Hoff. Survivors include her daughter, Elizabeth (Betty) Millar; grandchildren, Jessica and David Millar; sister, Jeanne Dingel; 5 nieces and 1 nephew. A funeral service celebrating her life will be held at 2 pm, Sunday, July 23 at Nelsen Funeral Home in Ashland, VA. Visitation will be held one hour prior to the service from 1 – 2 pm at the funeral home. Interment will be at Bethel Cemetery in Bethel Park, PA on July 25, 2017.